It’s officially playoff time in NASCAR betting after the regular season concluded this past weekend. We have a complete breakdown of what lays ahead in the postseason, along with NASCAR Cup Series playoff predictions! Give this a full read before betting on the championship hunt.

At the moment, online sportsbooks don’t have betting odds available for who will win the 2021 Cup Series. However, we expect that to change in the coming days. Nonetheless, expect Kyle Larson to be the betting favorite after he won the regular-season championship. On the year, Larson has five wins, 14 top-5 finishes, and 18 top-10’s.

First, it’s worth explaining how the NASCAR playoff system works since it’s a little different than traditional sports. Only 16 drivers are among the playoff field based on regular-season wins and the final point tally. All the usual big names are in the mix again this year — the aforementioned Larson (2,052 points), Martin Truex Jr. (2024 points), Ryan Blaney (2024 points, as well), Kyle Busch (2022 points), defending champion Chase Elliott (2021 points), etc.

You might be wondering what those points even mean. In the playoffs, every driver had their point tally reset to 2,000. Then if they earned any playoff points during the regular season, those were added after the fact, which set up the top-five pecking order we listed above.

The postseason is broken into four stages — round of 16 (three races), round of 12 (three more races), round of 8 (another three races), and the championship 4 (one winner-take-all competition). A win in one of the playoff races automatically qualifies a driver into the next round. At the conclusion of each stage, the bottom-four drivers based on points are eliminated from the field.

That’s the super-simplified version of the NASCAR playoffs, but there are more nuances tucked in there (e.g. point resets in later stages, too). Regardless, this postseason format rewards clutch wins more than anything else, which should have an influence on your Cup Series championship pick.

Given the unpredictable nature of motor racing, we’re splitting our betting picks into two. Ya know, just in case of bad luck striking and ruining our futures bet. With that said, here are the two drivers we’re backing:

Yeah, don’t overthink this selection. From start-to-finish, no driver on the circuit has put together a better season than Larson. It would be smart of you to ride that momentum through the playoffs.

Plus, we put value in Larson’s “always in the hunt” ways. His five wins were the most in the field and his 14 top-5 finishes are nothing to overlook either. You can almost count on Larson to be in the thick of races, which means something in the postseason where every single point matters.

We’re big believers in the saying, “to be the man, you got to beat the man.” Well, Elliott is still the man until officially beaten. And as we saw a year ago, Elliott seems to have an extra gear when the pressure is on.

In the 2020 playoffs, Elliott took three different first-place finishes to put him over the top. The clutch performance came despite only two regular-season wins. Could we see deja vu this time around? Heck, we’re betting we just might!

How To Watch NASCAR Playoffs

From September 5 to November 7, there’s a NASCAR playoff race every single Sunday. That’s 10 Sundays that should be appointment viewing for bettors and lovers of the sport.

Each postseason race airs either on NBC or its NBC Sports Network (no more FOX or FS1 broadcasts in the playoffs). Start times vary race to race, but it’s usually between 2:00 pm or 7:30 pm EST.

We aren’t going to list every remaining race, but here are a few that you should probably circle on your calendar:

NASCAR playoffs means a whole lot of betting opportunities. Obviously, there’s the futures bet which we just covered, however, the fun is betting week-to-week winners, too. Props are also available for these weekly events, which only adds to the intrigue.

To find all NASCAR playoff betting odds in one spot, visit one of the sportsbooks we’ve listed underneath.
In the world of online gambling, these betting sites are the “cream of the crop.” Part of that is due to their bettor-friendly prices on NASCAR and a slew of other sports. The other part is they offer killer — and we mean killer — bonuses to players for wagering.

Without a doubt, the most lucrative bonus is the sign-up deal. It’s available only to bettors that’ve never wagered on the site before. When redeemed, the bonus could be worth hundreds to thousands of dollars in free play! The table underneath has details on what sign-up bonuses are currently available for the taking.

To earn your bonus, just hit one of the “play now” buttons below. You’ll be redirected to the site where you can begin the bonus process, which no kidding, takes only a few minutes to complete. Once done, you have free money to gamble freely with! 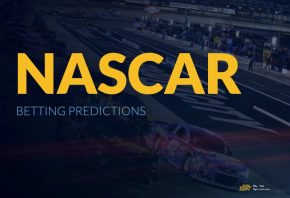 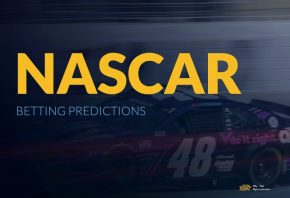 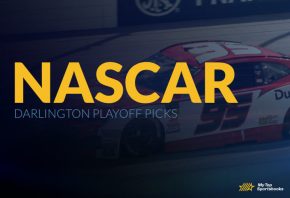 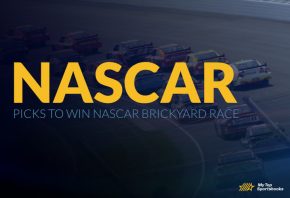