It’s been 10 long years since NASCAR competed inside the Nashville Superspeedway, but that all changes this weekend! If you’re still in need of betting picks for NASCAR Nashville, then you’ve come to the right place!

The historic weekend begins with the Truck Series Rackley Roofing 200 on Friday, followed by an Xfinity race the next day, before the Cup Series event seals the weekend — the first Cup event of its kind in the middle Tennessee area in over three decades. For this article, we’ll be focusing on the Cup Series competition, dubbed the Ally 400.

Heading into the first matchup coming out of All-Star weekend, here’s who online oddsmakers are giving the best odds to win the Ally 400:

All the usual names are favored again. Kyle Larson, fresh off his All-Star Race victory, is the overwhelming favorite to take the checkered flag in Nashville — +400 better than the next-most favored driver. By NASCAR terms, that’s a pretty huge difference in the odds. Is there merit to Larson’s price?

To preface our picks, you shouldn’t hitch your wagon to one driver. Ever. This sport is just too damn unpredictable, which makes an all-or-nothing approach too risky for our liking. Hitching your wagon to, say, three cars — now that’s much more reasonable. That’s exactly how we’ve approached the Nashville Cup Series event and here’s who we’re backing:

Look, we get it, the overwhelming favorite isn’t ever a “sexy” pick. But holy smokes, Larson is on a tear the likes we haven’t seen in recent memory.

Larson has now claimed three straight victories — the Coca-Cola 600, Toyota Save Mart 350, and the aforementioned All-Star Race. And before that three-peat, Larson had a three-race streak of second-place finishes. The run has catapulted Larson to second place in the Cup Series standings, trailing Hamlin by 47 points.

In betting, it’s never a bad idea to ride the hot hand and that’s exactly what Larson is at the moment. And honestly, until that hot streak turns cold, you might want to keep throwing money Larson’s way for upcoming NASCAR races, too.

Yep, we went there. We’re not only betting with the favorite, but we’re also going with the co-favorite. Typically, we’d say doing so is a sucker’s strategy. However, this is a rare exception when it’s not because akin to Larson, Elliott is streaking.

The 25-year-old Elliott has finished top-3 in each of the past five races (including one outright victory at the Texas Grand Prix). Heck, the last time Elliott finished outside the top-7 was way back in April. Yeah, the kid is money at the moment.

Whether it’s Larson or Elliot, bettors always need to be aware of these kinds of hot streaks. Sports and motor racing, in particular, are so much about mental confidence. When there’s a driver constantly in the thick of races, you can almost guarantee they’re “in the zone.” Sign us up!

Since Nashville Superspeedway has been off the NASCAR circuit since 2011, no driver has recent experience at the famed track. However, there are a few drivers that will be partaking in the Friday and Saturday events to get extra track time. One of those drivers is our darkhorse bet, Reddick.

The 25-year-old will be running the Xfinity race on Saturday, as will Kyle Busch (William Byron will also be giving it a go on Friday). Any of the three would be solid bets to go along with the two favorites, but we’re riding with Reddick here. As a +4000 longshot, he’s the perfect balance to our “easy” bets on Larson and Elliott.

Before we wrap up, we did want to drop information on how to catch the action in real time. Here’s what you need to know:

So what’s it going to be — riding with our three NASCAR betting picks or going against us? Whatever the choice is, it can be made at one of our partner betting sites featured in the list underneath. These sportsbooks have you covered, whether it’s this NASCAR Nashville event or any other in the long schedule.

But want to know the biggest perk of these bookies? If you’ve never gambled on them before, you stand to earn thousands of dollars in free play upon signing up. No, it’s not too good to be true, it’s the real thing and it’s called a sign-up bonus!

Besides registering a playing account, all that’s needed from you to earn the bonus is an initial deposit. Part of this deposit will be matched in free play right back by the bookmaker. That exact match percentage (and max award) will vary from site to site. However, you can use the table below to compare and contrast current sign-up deals!

These bonuses are a great way to build a betting bankroll. NASCAR runs all the way until November so imagine how far you can stretch these extra dollars! 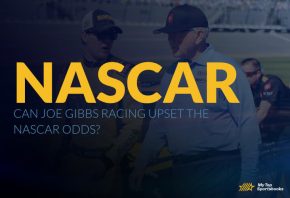 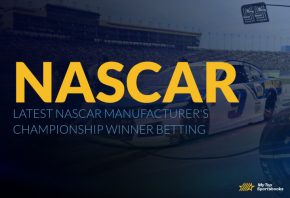 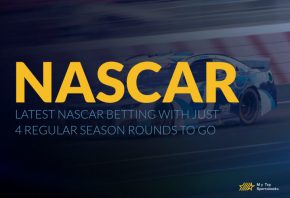 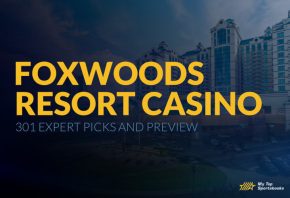