The wait is finally over for NASCAR fans!

The 2017 Monster Energy NASCAR Cup Series season kicks off on Saturday, February 26 with the Daytona 500. Chase Elliott will once again start in pole position after edging out Dale Earnhardt Jr. in the qualifying rounds.

But Junior remains the slight favorite to win. The two-time Daytona 500 champ – who’s returning after a concussion-shortened 2016 season – is looking to become one of the few drivers to win the storied race three times.

Also seeking a third Daytona 500 victory is Jimmie Johnson, who won in 2006 and 2013. The five-time Driver of the Year is, as always, one of the favorites.

Team Penske teammates Brad Keselowski and Joey Logano (aggressive drivers with a history of fisticuffs) also find themselves among the favorites. Keselowski has come as close as third at the Daytona 500 but has never managed to seal the win. The 26-year-old Logano won the Daytona 500 in 2015, making him the second-youngest winner ever.

Last year’s winner, Denny Hamlin, is back to defend his title, but he’s a longshot to repeat. After all, no one’s repeated at Daytona since Sterling Marlin in 1994-95.

Here’s how the odds stack up heading into the weekend. Here are the odds!

Odds to win the Manufacturers’ Title

With Junior and Jimmie Johnson driving for Chevrolet, it’ll be tough to dethrone the kings of NASCAR. But Keselowski and Logano at Team Penske give Ford a fighting chance. Toyota have Kyle Busch driving, but don’t have the depth to match the American makers.

Will we see another pile up like 2012? Let’s hope not. The sport is a lot safer than it used to be, but still, anything could happen.

Bad weather can really throw a wrench in the works. But the forecast right now is blue sky.

Last year, the Daytona 500 raked in 11.4M viewers, a sharp drop from 13.36M viewers in 2015. Whether NASCAR is truly on the decline remains to be seen, but their 2016 numbers were the second-lowest numbers on record.

Daniel Suarez (30/1) stands the best chance out of the rookies, but he’s not exactly one of the favorites. Keep an eye on him, though. He’s off to an impressive start. 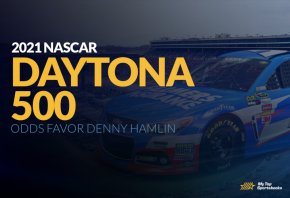 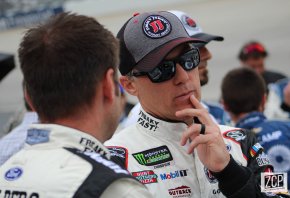 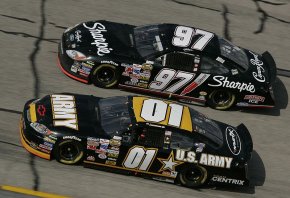