Bovada is bullish on the Warriors. The popular online betting site is picking Golden State to win more games than any other team in the NBA during the 2018-19 season. In fact, their projected win total of 63.5 is a full eight games higher than the Houston Rockets, whose 55.5 wins represent the second highest total in the Western Conference.

The top mark in the East, meanwhile, belongs to the upstart Boston Celtics, whom Bovada is projecting to win 58 games thanks to the return of Gordon Hayward and Kyrie Irving. The two All-Stars shared the court for just five minutes last season and should provide Boston with the playmaking and veteran leadership the team missed during its deep playoff run.

We’ve taken a look at Bovada’s projections and have come up with five win totals you need to take advantage of before the season tips off on October 16th.

You know you’re in for a long season when your biggest summer signing is a 41-year-old shooting guard whose knees make more noise than a marching band. Such is the plight of the Atlanta Hawks, who rounded out their lineup by signing Vince Carter in late July. The former Slam Dunk champ is expected to be a major part of the rotation this year along with DeAndre’ Bembry, Tyler Dorsey, and a bunch of other stiffs you couldn’t pick out of a police lineup.

No team overachieved more last season than the Bulls, who won 27 games despite injuries to Zach LaVine, Kris Dunn, and Cameron Payne. All three players are healthy once again, and will be joined in 2018-19 by Duke standout Wendell Carter Jr., Chicago native Jabari Parker, and Robin Lopez, who gamely agreed to sit on the bench to facilitate the team’s late season tank job. 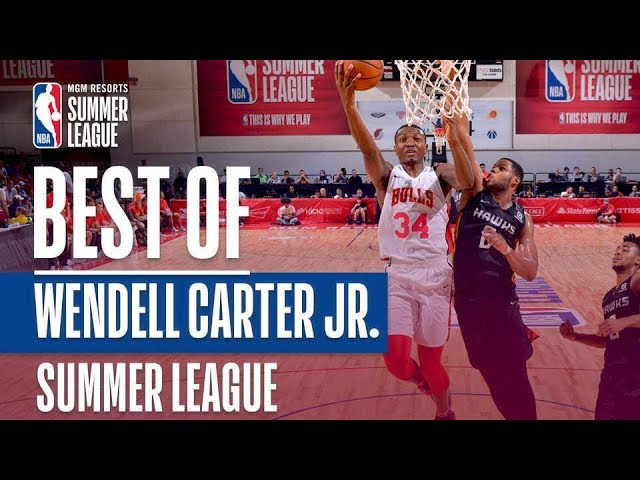 The Bulls are far from a perfect team, but they do have an intriguing blend of high volume shotmakers and old school, smash mouth brutes. Count on them winning 32 games and turning into your favroite new team by February.

For the first time in nearly a decade the Kings are finally trending in the right direction. De’Aaron Fox is a fast and feisty floor general, Bogdan Bogdanovic is one of the league’s most promising young scorers, Marvin Bagley is a walking double-double, and Harry Giles is (gasp) actually walking. If you squint hard enough, Sacramento kinda sorta looks like a real NBA team. Unfortunately, all of their internal improvements don’t add up to a hill of beans in the West, where they’ll be beaten like a red headed stepchild on a nightly basis.

The Kings have averaged just 26.5 wins per season over the last ten years and will be lucky to win 25 games this year. Take the under and check back on this young squad in another year or two once they’ve added some additional pieces.

The 2017-18 season was, by nearly any measure, a complete disaster for the Spurs. The franchise dealt with injuries, infighting, and reams of bad press as Kawhi Leonard brazenly ignored the team’s medical staff and sat out the postseason despite being cleared to play. And yet, despite all of the many distractions and setbacks, San Antonio still won 47 games and qualified for the playoffs in the loaded West.

The franchise has since acquired four-time All-Star DeMar DeRozan and back-up big man Jakob Poeltl from the Raptors. Neither player is Leonard’s equal when healthy, but they’re both high quality, low-maintenance professionals who can be counted on every night. Their dependability will be a breath of fresh air following the Leonard saga, and should help San Antonio to continue its low-key dominance of the NBA.

The Utah Jazz were one of the NBA’s feel-good stories last season as they won 48 games and enjoyed a deep playoff run thanks to the individual brilliance of Donovan Mitchell. They’ve since done virtually nothing to improve their roster while Western Conference clubs like the Warriors, Lakers, Nuggets, Mavericks, and Pelicans have all upgraded their teams significantly.

Another 48 wins isn’t out of the question, but anything more than that seems overly optimistic given the vast improvements made by their closest rivals.