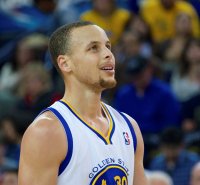 The oddsmakers disrespected the Oklahoma City Thunder (8-3 SU, 7-4 ATS) in Game 6 against the Spurs, setting OKC as a three-point home-dog. The Thunder made them look foolish, romping to a 12-point win that was all but over at halftime. Evidently, that convincing win didn’t convince Vegas that OKC can hang with the best of the best, as they’ll open the Western Conference finals as 7.5-point dogs to the less-than-healthy Golden State Warriors (8-2 SU, 7-3 ATS). Game 1 goes tomorrow night at ORACLE Arena in Oakland (9:00 PM Eastern).

No one can blame the oddsmakers for establishing the Warriors as favorites; after all, they are coming off the best regular season of all time (73-9) and lost just two games at home this year. But Steph Curry still isn’t 100-percent, and OKC is playing its best basketball of the season, meaning the reigning champs could be in for a battle.

While the Warriors took three of four against the Thunder in the regular season, including one in Oklahoma (121-118), OKC proved it can hang with a full-strength Golden State team. And now they’ll be getting the Warriors at less than full-strength. Not only is Curry still slowed by his knee injury, but center Andrew Bogut left Game 5 against the Blazers and did not return.

That said, the Warriors still averaged 114 PPG in Games 1 and 2 against Portland with Curry on the sidelines. And that number jumped to 128.5 PPG when Curry returned to the lineup for the final two.

The Thunder have the firepower to hang, of course. They were the second-highest scoring team in the league in the regular season (110.2 PPG), and put up 106.3 PPG in their last three against San Antonio (a.k.a. the best defense in the NBA).

So one thing is for sure: there will be a lot of buckets in this series.  While 7.5 points is a lot to lay against a Thunder team that is rolling, OKC has not been good at Oracle of late. They’re 0-4 both straight up and ATS in their last quartet of games in Oakland.