The March Madness selection committee’s midseason rankings (copy/pasted below) were not overly surprising. Apart from Oklahoma making it into the top 16, it was hard to argue with the rest of the teams or much of the seeding.

Are the mid-majors being overlooked, as usual? Yes. Gonzaga and/or Rhode Island should be a top-four seeds But that’s a minor quibble. For bettors, it won’t much matter whether the Zags have a (4) or (5) next to their name after Selection Sunday. They, like everyone else, will have to win six straight games against (mostly) top competition to win the title. How the bracket falls — i.e. whether their path is smooth or rocky — won’t be determined by a slight change in their seed-line.

Until we know the full bracket, we can’t break down who has the easiest path. But with early 2018 March Madness futures on the board at various sportsbooks, we can assess which teams are being overlooked. Here’s what’s currently on offer at Bovada.

New to wagering? Learn how to bet on college basketball and March Madness.

Someone says it almost every season. I’m saying it this year. Kansas’ run of Big 12 regular-season titles is going to come to an end, and Texas Tech (22-4, 10-3 Big 12) is going to be the executioner. The Red Raiders are a game ahead of the Jayhawks (20-6, 9-4 Big 12) in the conference and play them at home in a couple weeks. They bounced back from back-to-back road losses at Texas and Iowa State with seven straight wins and Keenan Evans has worked himself into National Player of the Year conversations.

Chris Beard has his team playing smothering defense (62.7 PPG, 6th in the NCAA) and they just limited Trae Young to 19 points on 4-16 shooting (0-9 from three) while forcing the freshman phenom into six turnovers. 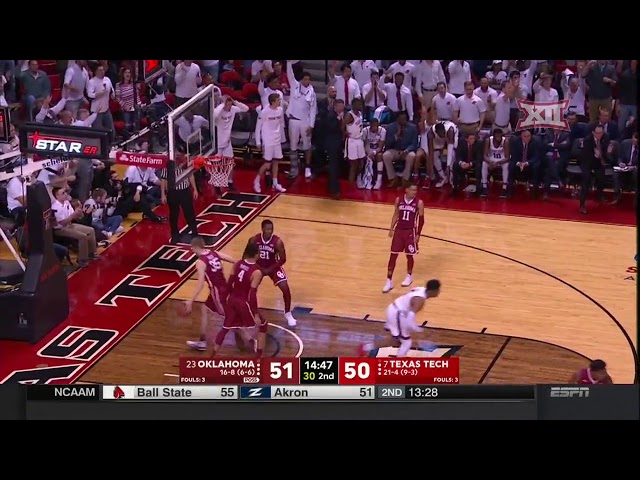 When you throw in the potential for Zach to return in March, Tech starts to look like one of the most balanced teams in the country. Get them now at 40/1, because those odds are getting shorter when they take the Big 12 title.

Rhode Island Is For Real

The Rams (21-3, 13-0 A10) are legit. While they’re only 30th overall on KenPom, they have a top-50 offense and defense, and their only losses on the season came at Nevada (17th on KenPom), at Alabama (41st), and on a neutral to Virginia (1st on KenPom) in the final of the Preseason NIT. They own top-50 RPI wins over Seton Hall, Providence, and St. Bonaventure, and have been tearing up lesser competition in the A10, a trademark sign of a quality team.

It’s generally accepted that experience and great guard play are big advantages in March Madness, and Rhodey has both. E.C. Matthews and Jared Terrell makeup one of the best backcourt tandems in the country, and all four of the Rams’ leading scorers are seniors.

Betting advice: Even though Gonzaga scored one for the mid-majors last year by making a run to the national championship game, the Rams are getting no respect, sitting at +10000 (100/1) on Bovada.

They have put together their impressive season to-date while Matthews has, in reality, been underperforming. If he picks up his play in March — especially his three-point shooting — the Rams can hang with anybody in the country and could very well be a third-weekend team.

Don’t look now, but UNC (20-7, 9-5 ACC) is back among the top teams in the nation. They are top-10 on both KenPom and RPI, and have a winning record (4-3) against other top-25 KenPom teams. The fact that they have already played seven top-25 RPI teams is ludicrous (fellow ACC teams Virginia and Duke have played four and three, respectively). A three-game losing streak in late January is now a distant memory thanks to four straight wins, including a massive 82-78 victory over arch-rival Duke.

They have the tendency to go cold — make that frigid — from deep, at times (see their 63-45 loss to MSU, or their 61-49 setback to Virginia), but the shooting has improved lately, and they’ve hit at least 35% from three in each of their last four. With senior PG Joel Berry still leading the attack, there’s no threat that this team gets overwhelmed by the atmosphere of the tournament. Ain’t that right, Luke Maye?

Betting advice: Sitting at +2800 (28/1) on Bovada, betting on the Tar Heels will net you over four times the payout of betting on Duke (+600). They are not deep and they are not supremely talented, but they have veteran leadership and championship rings on their fingers already. If their outside shooting (37% as a team on the season) stays above average, they will score enough to be a true title contender.

Can the Tar Heels stop the rot at Indiana?