Villanova, one of the most prolific and efficient offenses in the history of college basketball, meets the best defense John Beilein has ever assembled at Michigan with the 2018 national title on the line tomorrow evening (9:20 p.m. Eastern) in San Antonio.

Their respective paths to the title game were as different as their styles of play. The Wildcats basically had to beat the chalk all the way through, knocking off a #1 seed, a #3 seed, and a #5 seed. Michigan, meanwhile, caught huge breaks at almost every turn. Through five rounds, the highest seed they faced was #6 Houston in the Round of 32, a game they needed a miracle buzzer-beater to win. 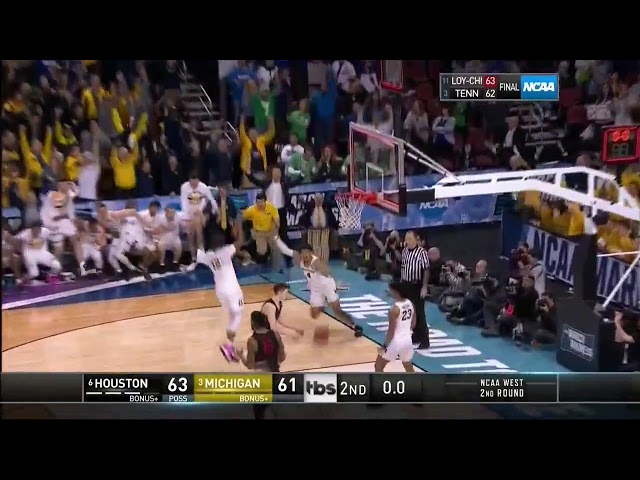 Michigan and its third-ranked defense have put together a couple impressive performances in the tournament, especially the 99-72 rout of Texas A&M which was effectively over ten minutes in. But they come into the title game on the heels of a somewhat underwhelming effort against Loyola.

The Wolverines were down by double digits in the second half and needed a career performance from Moritz Wagner (24 PTS, 15 RBS) to get back in the game. The German forward was able to out-athlete Loyola’s frontcourt (i.e. Cameron Krutwig) on the glass and grab six offensive boards, which allowed the Wolverines to atone for their uncharacteristically sloppy play in the first half.

“Led” by defense-first point guard Zavier Simpson (4 TOs), the usually sure-handed team turned the ball over eight times in the first 20 minutes. It was only when Loyola got similarly careless in the final ten minutes that Michigan was able to pull away.

If Michigan is banking on Villanova committing 17 turnovers, they will be in for a rude surprise. The Wildcats turned it over just ten times against Kansas and used some en fuego three-point shooting to establish an early 18-point lead that was never threatened. Most of their performance was par for the course for Jay Wright’s veteran-laden team, which is 12th in the country in turnovers, averaging a paltry 10.4 per game, while sitting second in three pointers made at 11.4/game and tied for 20th in three-point percentage at 39.8%.

By hitting their 14th three-pointer of the game less than two minutes into the second half, Villanova set a new Final Four record for made threes.

Given the way the Wildcats move the ball (16.7 APG) and the number of three-point threats they have on the floor at all times (six players have hit at least 35 threes this year, and five of them are shooting 38.7% or better) they are likely to get reasonable looks against Michigan, even though the Wolverines come in sporting the third-best defense in the country. Holding Loyola to 1-10 from deep does not mean you’ll be able to do the same against Jalen Brunson and company, who were able to hit 13-24 threes against a solid West Virginia defense in the Sweet 16.

There’s a chance that Michigan’s length will bother Nova to the point that they have another off-night, like they did against Texas Tech in the Elite Eight (16.7 3P% ). But even if that happens, Villanova proved in that game that they can win ugly, and Michigan’s interior defense was exposed somewhat by Krutwig in the Final Four. Omari Spellman and Eric Paschall have enough of a post game to do something similar.

Michigan’s most plausible route to victory involves Villanova missing its threes, while the Wolverines hit at a better rate than usual (36.9 3P%) and manage to stay level, at least, on the glass. If the shooting statistics don’t scare you away from Michigan’s moneyline (+250), the rebounding stats should. The Wolverines are 281st in the country in rebounding, and Wagner is not going to be grabbing

Against the Spread Pick: Villanova (-7)

As you can likely tell from the tone of the above, Villanova -7 is the play here. This is the best team in the nation, on the whole, and a bad matchup for Michigan. They shoot better (from three, from the field in general, and from the free-throw line); they rebound better; they move the ball better; and they are defending as well as they have all season in the tournament.

While they ultimately gave up 79 points to Kansas, a lot of that came in garbage time. KU, a team that averages over 80 points per game, was held to 32 in the first half. Villanova’s guys came out hyper-competitive at both ends and forced Devonte’ Graham and the Jayhawks into tough, inefficient mid-range shots.

If Nova comes out with the same aggressiveness against Michigan, the Wolverines will have an extremely hard time scoring. While Zavier Simpson was better on offense late in the season, he remains one of the most limited point guards to ever set foot on a title-game floor.

Anything can happen in a 40-minute game. Just ask Tony Bennett and Virginia. But successful longterm betting is about consistently putting yourself on the right side of the averages. So while it’s difficult to stomach laying seven against such a defensively stingy team, counting on Jalen Brunson, Mikal Bridges, and Omari Spellman to knock down enough threes and free throws to stretch the lead late is the better option.

NCAAB Picks; Purdue looking to make it seven wins in a row when they face Michigan