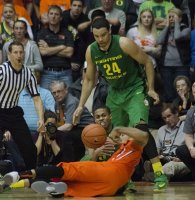 It’s bracket time. Now, I could bore you with a long intro about the college basketball landscape as we head into March Madness.

I could talk about Duke’s tumultuous season, about Grayson Allen resembling an angry toddler at the mall, and about the Blue Devils finding their footing at just the right time.

I could regale you with stories of UCLA’s top-ranked offense, Lonzo Ball’s Magic Johnson-like impact on the team, and the decent possibility the Bruins give up, like, 95 points and get bounced in the second round.

I could tell you why this year’s Gonzaga team is different, why they can get to their first ever Final Four, and why they still probably won’t.

Even though they bowed out of the Big 12 conference tournament a little early, Kansas remains the favorite in the real dance. Josh Jackson is one of the most electrifying players in the country, while Frank Mason III has provided a lot more than just veteran leadership. Both have been nominated for the Naismith Men’s College Player of the Year award. As you advance deeper into the tournament, guard play becomes more and more vital. Mason is Kansas’ key.

Duke gets the slight nod over Villanova right now. Partly because, since 1993, only one team has ever repeated as champions. But also because the Blue Devils are peaking at the right time. They were the preseason no. 1 because of the unparalleled amount of talent on the roster, talent that’s finally starting to gel.

Gonzaga may possess the best record in the NCAA, but their residence in the West Coast Conference causes us to question their legitimacy. The Bulldogs do have some big wins to their name (Arizona, Florida, Iowa State, plus three convincing wins over St. Mary’s), and have a complete team. Nigel Williams-Goss will have to prove he’s a marquee player for Gonzaga to go on a run.

Odds of a Villanova vs UNC national championship rematch: 140/1

A Nova/UNC rematch is about as likely a final matchup as there is on the board. But it’s essentially a ten-game parlay. That’s always going to be a massive longshot.

College basketball has become a league full of one-and-done players. When you are forced to constantly reload your talent pool each year, it makes it near-impossible to build a dynasty. Just about every team on the previous list will lose their best player. Many will lose more.

Two teams: 7/1
Three teams: 49/1
Four teams: 200/1
The ACC is deep, but the Pac-12 is the conference making this a real possibility. UCLA and Arizona are legitimate championship contenders, while Oregon is still dangerous sans Chris Boucher. All four from the same conference is unheard of, though.

Let me get one thing straight: I love this Zags team. When it comes to no. 16 seeds, though, South Dakota State is not your average bear. Mike Daum is a legitimate pro who can put 30-plus on anyone.

Odds on which no. 1 seed will lose first:

While Gonzaga arguably has the easiest road to the Final Four, they’re also the least tested of the one-seeds. Facing an ACC power like Notre Dame in the Sweet 16 will be a challenge they haven’t faced in months.

UNC may trail Nova and Kansas in the title odds, but look at their (potential) early matchups; the Heels should roll over any/all of Arkansas, Seton Hall, Minnesota, Middle Tennessee, and Butler to reach the Elite Eight. Meanwhile Kansas could meet Iowa State in the Sweet 16, a team that already beat the Jayhawks at home this year. Nova has a dangerous matchup with Wisconsin in the second round, plus the best no. 2 seed in Duke to deal with.

Odds on how many no. 1 seeds will reach the Final Four

We witnessed a whopping 13 upsets in the Round of 64 in 2016. But 2015 was pretty dull, only awarding us with five. While there are a number of higher seeds I like, I don’t see the madness matching last year’s 13.

We all know a no. 12 will win a game in the round of 64; over the last five tournaments, no. 12’s have won ten of 20 games. But a higher seed will advance, too. A no. 14 has pulled an upset in four straight tournaments. Baylor doesn’t instill a ton of confidence in me right now. Neither does Oregon after the Chris Boucher injury, and no. 14 Iona runs a high-tempo offense that can keep up with anyone when it’s clicking.

Three double-digit seeds have reached the Final Four in the last 11 years – Syracuse (2016), VCU (2011), and George Mason (2006) – but only four teams have done it, in total. The odds for this year’s tournament are better than the historical average given the brutal under-seeding of Wichita State, plus pre-season top-25 team Rhode Island heating up down the stretch.

Last year’s tournament saw four buzzer-beaters, one of which lifted Villanova over UNC in the National Championship. While we may not see such an epic one again, I expect to at least see more this year.

O/U job hours lost in USA throughout the tournament: 1 billion

Wait, I thought it was universally accepted that no one accomplishes anything during the first-round of the tournament? Oh jeez. Well, better mark me down for at least four days’ worth then. Good thing my boss doesn’t read this …

Odds to retire after the tournament

Jim Boeheim (Syracuse): 3/2
Mike Krzyzewski (Duke): 12/1
Roy Williams (UNC): 18/1
Rick Pitino (Louisville): 22/1
Tom Izzo (Michigan State): 25/1
John Calipari (Kentucky): 99/1
Eventually all of these legends are going to (be forced to) pack it in. That said, the elder-statesman Boeheim (72) is the only one who may call it a career at the end of this season. He said back in 2015 that he’d coach for three more years. But he’s also said he’ll stop coaching when he stops winning, and that ain’t happened yet.
Though Coach K (70) is dealing with back problems, which sidelined him for part of this season, he returned at full strength and isn’t on his way out yet. Roy (66) wants to coach for at least five more years, by the sounds of it. Pitino is a sprightly 64 and there are no hints he’s planning to retire. It would take more scandal revelations at Louisville to get him to pack it in this year.
As for Cal, he hasn’t even hit 60 yet (58). It’s more likely he moves back to the NBA than retires, and as you’ll see below, that is a huge long-shot itself.

Kevin Ollie tops the list. The time may be right for him to move on, even though he’s only been at UConn for five years. He’s proven his coaching chops with a national championship and now things have taken a turn for the worse for the Huskies, who finished the season under .500 (15-16) after starting the year ranked in the top-25. The right job would have to open up, of course.

Calipari and Wright have nothing left to prove at the college level. Both have national championships, as well, and scads of conference titles. Why move on, though? Cal’s already done the pro thing, and it didn’t go great. Wright has only just turned Nova from a perceived under-achiever into one of the hottest programs in the nation. The grass isn’t always greener, and they know it.

Markelle Fultz (Washington): 5/6
Lonzo Ball (UCLA): 7/4
Josh Jackson (Kansas): 19/1
FIELD: 25/1
At this point, the only way it won’t be Fultz or Ball is if the team with first pick really doesn’t need a point guard. The Lakers might feel they’re set with D’Angelo Russell. Even if they get top-pick, though, I could see them trading down with a PG-hungry team like the Sixers.

Around mid-season, Fultz was the clear number one in the draft rankings. He didn’t really slow down. Ball just balled out. 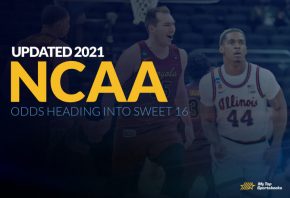