We went 2-0 last week, which brings us to 20-14-0 for the season. One of our picks (Boston College +20.5) was a squeaker, losing to Clemson 27-7 but still covering the spread. The other was a huge ATS win for Oklahoma State, which lost by a point to archrival Oklahoma despite laying three touchdowns.

The odds below are from Bovada.

I am of the opinion that Iowa State is the better team. Texas is flashier, and you’ve had your TEXAS IS BACK moment this year when they beat Oklahoma, but that doesn’t mean they deserve favorite odds here.

This betting line might also partially be down to the huge difference in brand between these programs. Texas was the highest revenue program in the country two years ago. Iowa State was not.

If you’re really trying to talk yourself into this bet, this might put you over the edge: Iowa State has a really fun quarterback, a head coach that will get hired somewhere else soon, and an offense that’s difficult to stop. 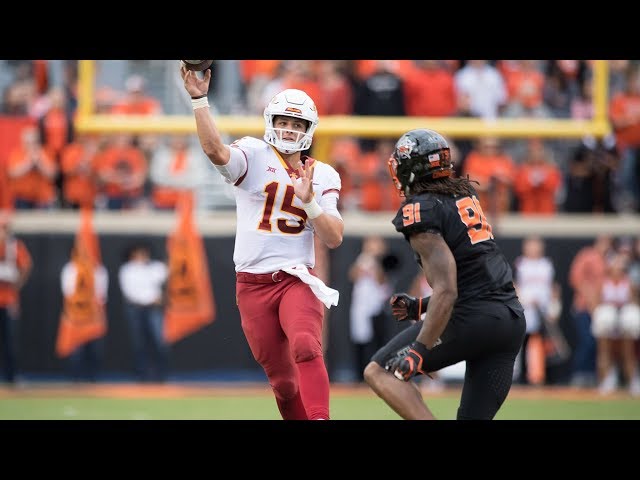 Don’t sleep on the Cyclones just because Texas is a bigger name.

Betting Tip: Iowa State’s going to cause some trouble. Give me the trouble and the points.

I know, I know. We’ve spent this entire year riding Kentucky, and we owe a great deal of our profitability to the Wildcats. Let me show you something, though:

These are both good teams defensively. These are both pretty awful teams with the ball. This is a big spread. Benny Snell’s good, but not good enough to make Kentucky an above-average FBS offense.

If Kentucky can, they’ll manage this game. They’ll run Benny Snell until his legs fall off, win by 10 points, and save what’s left of their rage for Louisville and trying to achieve a ten-win season. Middle Tennessee is the pride of the C-USA East and will do everything they can to keep this game respectable. This is all a recipe for a tighter game than this spread allows.

Betting Tip: Give me MTSU and the points!