An average opening week for the MTS weekly pick’em saw us go two for two. We were right about: Notre Dame being good and LSU being scary good. We were wrong about: Bud Foster and Washington.

This week we’re just going to fade every big road favorite we can find, so here are the four biggest road favorites.

All odds and spreads in this article are from Bovada.

It’s easy to bet against Arizona State, since they hired Herm Edwards and a high school offensive coordinator, but they performed well in Week 1. The pieces are all here for a good team, with a lot of returning production and decent recruiting.

Stats like S&P+ actually project ASU to win this game outright, but they’re blind to the weirdness that is Herm Edwards coaching college football in 2018.

The Sun Devils also looked pretty good in their home opener, admittedly against a not particularly strong UTSA: 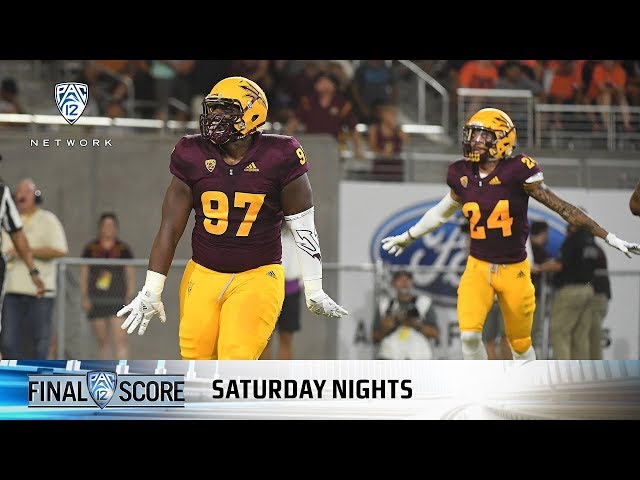 If you don’t want to think of it from Arizona State’s perspective, think of it from Michigan State’s. They underperformed pretty dramatically against Utah State last week, and now they’re road favorites against a more or less fine out of conference team.

Penn State has traditionally had difficulties beating their in-state rivals on the road. It was a 2016 loss to Pitt that prevented Penn State’s first inclusion into the Playoff, and thus Pitt is ultimately to blame for Ohio State’s dreadful performance.

This game is solidly a rivalry game, one that stretches back to Joe Paterno being angry that Pitt joined the Big East. Anyhow, here’s Penn State head coach throwing gas onto an already very lit fire:

“Last year for their win it was like the Super Bowl, but for us this was just like beating Akron.”

Again, let’s not rely on superstitions if we don’t have to. Penn State underperformed in Week 1, and needed some miraculous plays to beat App State in overtime. Now they’re a heavy road favorite against a traditional rival whose favorite pastime is ruining Penn State’s hopes and dreams.

Seems like a good time to take Pitt and the points!

Say it with me: let’s not take road favorites.

South Carolina is actually good this year, and these teams share a lot in their identity. Specifically, neither of them is too eager to do anything too fancy with the football.

Georgia will be perfectly happy to run the ball and play defense and get good punts for field position. South Carolina will be fightier, and Jake Bentley will do something Jake Bentley things, but this is ultimately a Will Muschamp team.

Don’t expect anything too flashy.

I’m almost certain that Georgia will win this game, but I’m also certain that they’ll win it by four points or some other deeply frustrating margin.

There’s a blueprint for elite SEC teams beating lesser SEC teams, and it doesn’t involve racking up the score this early in the season. That’s very much the blueprint this game has followed the past two seasons, and it’s difficult to see why either coach would want to deviate too far from it.

This is the pick I feel the least confident in.

A lot of the arguments you can make against picking a road favorite don’t work here. Texas A&M is under a new head coach, so it’s not like they’ll be totally comfortable in their own skin either. That head coach used to play Clemson every year, so it’s not like this will be a wholly new challenge for Dabo Swinney.

That said: this is a huge spread against a team like Texas A&M.

They’re currently just outside the top 20 in S&P+, and looking mildly scary. Neither team has really played anybody this year, Clemson opened against Furman and A&M played Northwestern State, so what you’re talking about is the first real game either of these teams have played. Is that a good time for a huge road favorite?