We went 3-1 again last week, which brings our season record to a healthy 12-8-0. Let’s keep the positive value coming with our Week 6 College Football picks!

Our big hit last week was Alabama failing to cover a 49-point spread against UL-Lafayette. Sometimes the betting market gets carried away, and at some point you have to throw a flag. I’m doing that again here.

Same arguments as before. Alabama could probably beat Arkansas by 100 points, if they needed to, but they don’t need to. Tua Tagovailoa will get the Tide up three touchdowns and then leave the game. Alabama is playing the long game, and taking these huge spreads is going to be good business for the rest of the season. 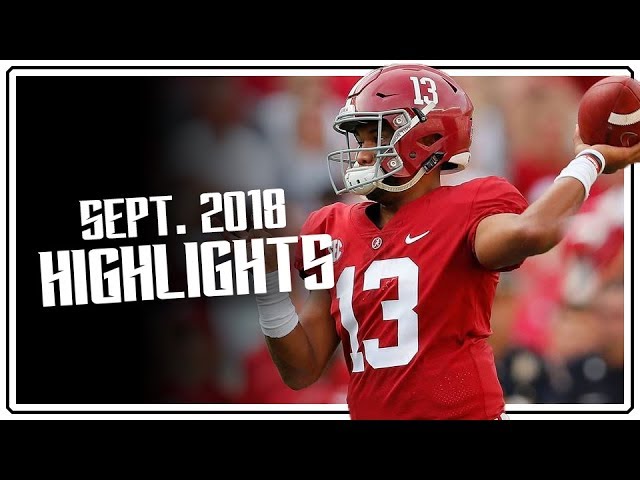 For what it’s worth I also think Arkansas is better than people give them credit for. I know that doesn’t really matter in this game.

Betting Tip: Arkansas plus the points.

This line is so upside-down that it’s shifted towards Kentucky, despite all the money Texas A&M brings to the table. The Wildcats are in the middle of a dream season, have a guy called Josh Allen that your NFL team should probably draft, and will woodchipper their way through Texas A&M. Benny Snell Jr. is enough to flip this game Kentucky’s way.

We’re going to ride this Kentucky train until the wheels come off. They’re consistently underrated, have paid out far more than we deserve, and are still offering value.

Betting Advice: Kentucky plus the points! Lock of the week.

I regret to inform you that Florida is actually good, somehow. They compare pretty favorably with LSU, at least statistically.

LSU is higher ranked because LSU hasn’t lost to Kentucky. You add in that this is a road game for the Tigers, and that both of these teams are very good on defense, and this starts to look a lot like a close win for Florida. The one thing that does worry me is Joe Burrow, who is very capable of breaking a game open with huge plays.

If this is the game where LSU starts its annual slide from promise, Ed Orgeron could very well get fired. Bettors and pundits are generally underestimating Dan Mullen and Florida, but soon won’t if this team keeps trending in this direction.

Another case of two pretty evenly matched teams, except one of them has lost to Kentucky.

There’s a lot to like about Auburn, but it isn’t the offense. Somehow Gus Malzahn has lost the one thing that made him Gus Malzahn, and Auburn’s been far below average in offense this season.

I tend to be wary of teams that are struggling in what’s supposed to be their greatest strength. Even if they’re performing fine, it suggests that there’s something very, very wrong with the program if Auburn’s defense is picking up the slack. That’s the kind of band-aid solution that is never able to last long, and a balanced, reasonably effective team like Mississippi State can easily expose.

Alternatively: it’s a home underdog situation. No need to overthink it.