Despite the fact that they are not in a BCS game, the Boise State Broncos want to close the Kellen Moore
era with a win, as they take on the Arizona State Sun Devils, this Thursday night at the MAACO Bowl Las
Vegas.

The betting line has Boise State as favorite by 14 points. 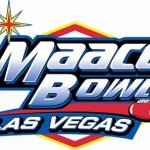 before he enters the NFL 2012 draft. He deserved to play his last game with Boise State in a BCS
game, but the whole system is seeming like a big fat joke.
“Everybody is just very tired of the BCS,” coach Chris Petersen said. “I think that’s the bottom line.
Everybody’s frustrated. Nobody even really knows what to do anymore. It doesn’t make sense to
anybody. I don’t think anyone’s happy anywhere.”
“The whole thing needs to be changed, there’s no question about it.”

Boise State hasn’t covered the spread in the last six games, in a row, but that’s just because the
oddmakers usually set the line too high because of the Broncos power-offense, which, by the way, is not
a dangerous as in the last few season considering the amount of talent they have lost because of the
NFL’s draft.

Arizona State begun the season with really high hopes, but they never found a way to sustain their level.
The Sun Devils are 1-4 ATS in their last 5 games and 1-5 straight up according to the betting trends.