The College Football season has just three Saturdays remaining, and the last of that group is limited to the Conference Championship Games. Alabama seems a lock to be in the four team playoff, and unbeaten Clemson and Notre Dame likely control their own destiny. One loss Georgia gets a date with the Crimson Tide on December 1, and can play their way in with a victory. Michigan and Oklahoma have suffered one loss each, and are very much still alive. Everyone else is on the outside looking in and needs help.

Back in July we previewed the season considering the odds to win the title and season win totals. It is amazing to think that at 2/1, Alabama presented value. Meanwhile Clemson’s number hasn’t shifted as dramatically.

Even with the season nearing a close, there are still some fairly interesting opportunities to consider in the futures market.

There is no disputing how dominant Alabama has been. Tide fans can make dinner reservations for the fourth quarter, and Bama has rarely played a meaningful third quarter this season.

Alabama ranks third in the county in scoring offense, tallying 48.6 points a game, but even that pales in comparison to their NCAA best scoring defense that yields 12.7 points a game. Those numbers come before they maul The Citadel on Saturday.

The only hesitation on the Crimson Tide, aside from a mediocre kicking game which hasn’t mattered at all this year, is the price. The implied probability of -250 is 71.4-percent. Is it that crystal clear they are going to win? What other options are there? 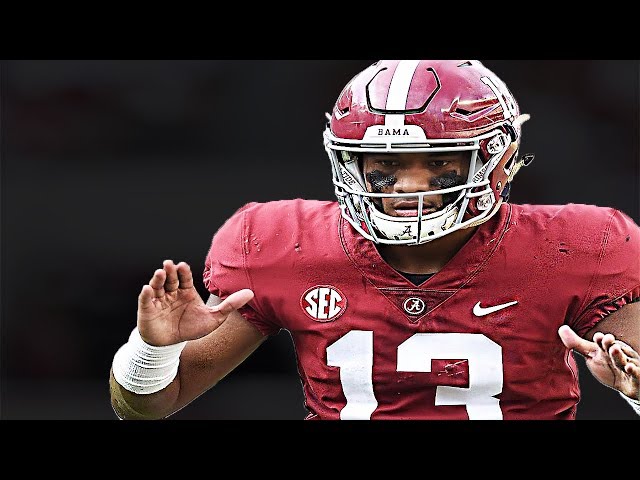 To a large degree, the betting line tells you that this is a two team race. Clemson doesn’t get the same hype Alabama receives, but there is a lot to like.

When the Tigers gave freshman Trevor Lawrence the reigns at quarterback, they became a real threat to Alabama.

Clemson scores 45.7 points a game, and allows the same number as Alabama, a paltry 12.7 per contest. While the public sees Alabama as a clear top dog, the analytics community thinks it is much closer.

Aside from ‘Bama and Clemson, there are prices to be had. Georgia likely would need to beat the Tide twice to win it all. Michigan still must get by Ohio State, not a rollover, to have a chance at the playoff. Notre Dame feels like a good, not great team. If things at the top get crazy, the odds on Ohio State and Oklahoma deserve some consideration.

So How Do We Find Value Betting on the College Football Playoff Champion?

There is plenty of opportunity with Clemson. They are not as likely to win as Alabama, but their path to the playoff is relatively simple, and getting a shade under 4/1 isn’t bad. The Tigers beat Alabama in the 2016 Title Game in large part thanks to Deshaun Watson, and Lawrence, though young, may be just as good. Dabo Swinney has shown an ability to have his team’s ready for these sort of big games.