The 2022 Allstate Sugar Bowl sees the No. 7 ranked Baylor Bears face off against the No. 8 ranked Ole Miss Rebels. The game takes place on New Year’s Day 2022 at Caesars Superdome in New Orleans, Louisiana.

Baylor finished the 2021 NCAA football season with an 11-2 record, which put the Bears in the No. 2 spot in the Big 12. The team wrapped up the year on a four-game winning streak, including a 21-16 win over Oklahoma State in the final game of the season. Ole Miss had a 10-2 record on the year, which was good enough for the second spot in the SEC West. The Rebels ended their season on a four-game winning streak.

Before we take a look at the 2022 Allstate Sugar Bowl matchup, be sure to check out our recommendations for betting sites for NCAAF games as well as the betting odds for the NCAAF College Football Bowls.

The opening money line odds in this game saw the Baylor Bears as the -124 favorite over the Ole Miss Rebels, who were the +104 underdogs. Ole Miss is now the slight favorite in this game.

First, expect this game to be one of the closest of all the 2021-22 NCAA Bowl Games.

The big matchup in this game might be Ole Miss quarterback Matt Corral against the Baylor defense. Corral will almost assuredly do well in throwing the ball. The team averaged over 280 passing yards per game in 2021, but the concern might be his running. Corral has the potential to change a game with his legs. For instance, he ran for 195 yards in a win over Tennessee in October.

The running game will also be a concern for the Ole Miss defense. Baylor has a running game, led by Abram Smith and Trestan Ebner that ranked 17th in yards per game with 214.7. If the Ole Miss defense struggles against the Baylor offensive line early in the game, watch for the Bears to concentrate on the run throughout this game.

Pick Ole Miss to win. I think this will be a great game and it could come down to who is the better team in the final minutes of the game. I think the Rebels have more advantages on the offensive side of the ball and will win.

Pick Ole Miss to cover. With the spread being what it is, I think Ole Miss will cover.

Pick the under. As good as the Ole Miss offense is at running up yards, they have not done a good job of hitting the over this season. The team only hit the over in three of its 12 games this season.

Ole Miss vs. Baylor UNDER 55 POINTS 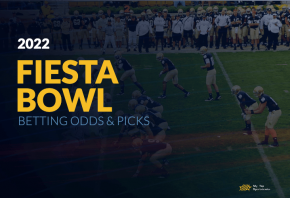