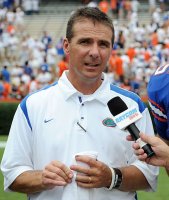 College football season gets underway this week which means that, in addition to dozens of games to wager on each Saturday, there are contests to handicap on Thursday, Friday, and occasionally a Tuesday or Wednesday.

While studying match-ups, looking at rankings, and considering stats is valuable, there are three key factors that you should consider paramount when betting on the college game.

There is no sport that relies on coaches as much as college football. Shockingly to most who follow college football, the University of Florida does not have a great program. Besides two stints with Steve Spurrier and Urban Meyer as head coach, the Gators are merely decent, not spectacular. The team went a combined 291-100-2 under the future Hall-of-Famers. In all other seasons, combined, the programs is 400-300-38; ho-hum.

Everybody knows that being at home is an advantage. The stories about night games at Tiger Stadium in Baton Rouge are legendary. However, it is a misconception to look at every home team and elevate them significantly. How many Georgia State fans will show up on a Friday afternoon to fill the 71,000-seat Georgia Dome coming off a 1-11 season?

Last year, Florida State was 1-6 ATS at home; South Carolina went 1-5; and Northwestern was 0-4. Meanwhile, Utah and Missouri were 4-0 as road dogs, while Cal went 5-0 against the number as an underdog outside of Berkeley. Certain teams (TCU, UTEP, and Arkansas, for example) were tough to derail as home chalk last year, but that is not something to bank on for every squad in America.

Make sure you look at the home-field trends before employing home-field as the advantage it’s supposed to be.

It is really easy to get wooed by a talented young player, particularly at skill positions. That said, don’t be surprised if they have liabilities, too. If a team is depending on a true freshman running back, that might not be a good thing in pass protection. Sometimes young wide receivers make quarterbacks look bad with sloppy routes.

It is a huge jump from high school to college football, and freshmen can be killers at the start of the season. Redshirt freshman should be different; they have a year of practice under their belt, after all, and ought to know the systems. However, if you look at a two-deep, and see a lot of guys playing in their first or second college game, consider whether that may help their opponent.