Saturday ushered in the bowl season, and while most of the games are played in front of reasonably small crowds and are far from must see TV, they do provide an opportunity for bettors. Last week we profiled some coaches to bet on during the bowls. Remember, these games involve more than just X’s and O’s. Coaches have various motivations, and picking the right guys to support can be very fruitful to your wallet. This week, let’s look at coaches to bet against.

What to Look For

With extra time to prep, the best coaches excel in bowl games and the worst struggle. Finding bowl records for coaches is easy enough. But that’s not the only piece of information you need to be cognizant of.

It is important to be aware of which schools have recently switched coaches and/or have had less time to get ready because of a change in staff.

Coaching changes happen for a number of reasons, and not all switches are created equal when it comes to the impact they’ll have on the team. Some schools have had bad years and have already written off the campaign. Others are looking for some momentum going forward. Similarly, not all new coaches are in the same situation. Some are starting what they hope is a long tenure in their new position. Many are just stop-gaps until the offseason rolls around.

We can’t run through all the potential coaching situations that teams find themselves in heading into bowl games. But the point is, you need to identify it before you bet.

Before we bash Bill Snyder, let’s recognize something important. It is nearly impossible to win football games in Manhattan, KS, and when Snyder has not been in charge, the program has been a train wreck. That said, during Snyder’s first stint with the Wildcats, they went a pedestrian 6-5 in bowl games. Since he returned, K-State is 1-5 in the postseason. None of this downgrades an incredible 201-105 record. However, it gives us reason to think about Texas A&M in the Texas Bowl.

Unlike many Power 5 schools, Northwestern understands where it stands. Pat Fitzgerald has been a good soldier, winning more games than he’s lost and putting together the odd squad that can challenge the conference’s big dogs. That said, the Wildcats stink in bowl games. Under Fitzgerald, they are 1-5. They play Pitt at Yankee Stadium on Wednesday in the Pinstripe Bowl.

There is an adage that you don’t want to face an option team on a short week. The opposite may be the case with extra time to prepare. Paul Johnson went 45-29 at Navy and was 2-2 in bowl action. At Georgia Tech, he’s 69-48 but 2-5 in the postseason. If you are playing good competition, and they have three weeks or more to prepare for the option, quality coaches are going to be able to teach their defense how to be ready for it. The Yellow Jackets face Kentucky in the Taxslayer Bowl on December 31.

Remember when Iowa coach Kirk Ferentz was going to get a shot at an NFL gig? That was also around the same time the Hawkeyes were winning bowl games. It isn’t 2004 anymore. At his best, Ferentz’s Hawkeyes wins big. They beat Michigan this season and went to the Rose Bowl last year. However, they have lost four straight bowl games dating back to 2010, and recent postseason meetings with SEC teams have gone poorly (lost two straight and three of four). Ferentz has a date with Florida on January 2 in the Outback Bowl.

Lastly, and this is more of a gut call than anything else, be skeptical of Western Michigan. They are getting a bunch of points in the Cotton Bowl against Wisconsin. However, PJ Fleck might be more concerned with getting a new job than coaching his team. He’s 1-1 in bowl games, but this is neither the Famous Idaho Potato Bowl (which he lost in 2014) nor the Bahamas Bowl (which he won last year). While the Broncos beat Power 5 schools Northwestern and Illinois this year, Wisconsin is in a different class. 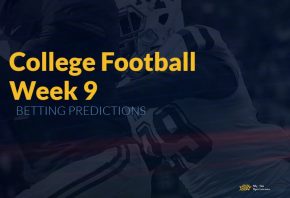