It’s the most wonderful time of year – bowl season – and considering many of us don’t have much on our social calendars during the global pandemic, it sure is nice to have 28 college football games on television to keep us company over the next couple weeks.

The College Football Playoff is set and the two biggest bowl games are of course the Rose Bowl matchup between No. 1 Alabama and No. 4 Notre Dame and the Sugar Bowl contest between No. 2 Clemson and No. 3 Ohio State, with the winners advancing to the national championship game on Monday, Jan. 11 in Miami.

Let’s look at the latest lines for those bowl games and many more.

Click here for tips on how to bet on college football.

Get updated odds for every college bowl game at Bovada

Alabama opened as an enormous 19.5-point favorite against the Fighting Irish, which makes sense when you consider the Crimson Tide went undefeated in ten SEC games, has the No. 2 scoring offense in the country (49.7 points per game), and has three Heisman Trophy candidates in quarterback Mac Jones, receiver DeVonta Smith and running back Najee Harris.

Brian Kelly’s Irish team also fell 34-10 to Clemson in Saturday’s ACC championship and lost 30-3 to the Tigers in the CFP semifinals two seasons ago, so they are no stranger to getting crushed in big games.

Justin Fields is not Trevor Lawrence and now the Jets have a dilemma:

“I start looking around and everything changed… This morning, I’d keep Sam Darnold.” — @ColinCowherd pic.twitter.com/EjcTpS7ZFg

The Sugar Bowl is much more intriguing, with Clemson opening as 7.5-point favorites over Ohio State. In the dance for the sixth straight year, Dabo Swinney’s program is 4-1 in the semifinals and has won two national championships over the last five seasons. However, the Buckeyes jumped out to a 16-0 lead over the Tigers in last year’s Fiesta Bowl before being derailed by a few controversial calls in a 29-23 loss.

It’s fair to wonder just how good the 6-0 Buckeyes are after they faced subpar Big Ten competition all season before struggling with Northwestern in the championship game. Justin Fields, who was once penciled in to be the No. 2 pick in the 2021 NFL Draft right after Trevor Lawrence, will certainly have to be better than he was on Saturday when he completed just 12 of 27 passes for 114 yards, no touchdowns, and two interceptions.

The other bowl games of interest involve teams that many believe were snubbed by the committee. Despite going 9-0, No. 8 Cincinnati wasn’t seriously considered for the CFP semifinals and will instead face No. 9 Georgia in the Peach Bowl. With their two losses coming to strong SEC competition in No. 1 Alabama and No. 7 Florida, the Bulldogs opened as a touchdown-favorite against the Bearcats.

Group of Five teams is 2-0 versus Power 5 teams in the Peach Bowl, often coming in with chips on their shoulders. And with eight Georgia players already opting out of the game, the Bearcats and dual-threat QB Desmond Ridder should be able to keep things close.

“We play in the best league in ball, we got beat by the No. 1 team in the country… No team in SEC history has ever lost just one game and not been in it.”

Fifth-ranked Texas A&M became the first one-loss SEC team to not make the playoff and will instead take on No. 13 North Carolina in the Orange Bowl. Considering the Aggies’ only loss came to Alabama and that they beat a very good Florida team, it’s clear that the committee chose the Irish because they would deliver better TV ratings.

However, the committee’s official excuse for jumping Notre Dame over A&M was its 11 point win over the Tarheels in the regular season, so expect Jimbo Fisher’s team to try and make a statement against North Carolina and easily cover the seven points. 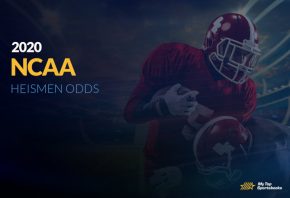