I know that because there is not college football this weekend, you might feel as if there is no chance to make some money with picks; well, you are wrong. Take a look at these NFL Free Picks for Week 14 and win big.

There are just a few teams that enter a zone where they won’t lose very easily; I call it the “beast mode zone”, and the Miami Dolphins right now own the place. They can run the ball, in and outside the lanes; plus, Matt Moore is really fighting to be considered a starting quarterback next season.

The Saints haven’t showed they are the same team away from their dome, and Tennessee is one of the places where the rain is a real factor. There is something about this game that I don’t like for New Orleans.

By the way, keep in mind; the Titans are 38-16 ATS vs. NFC and 19-3 straight up. A month ago a reporter asked coach Mike Munchak why his team was so good against NFC teams; he said he has no idea… I don’t either, but I like them for this week. 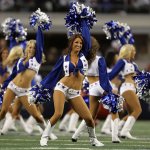 You know this game is going to be close; you just know it. There is too much involved here to think the other way. Also, did you know Dallas hasn’t won in the new Cowboys stadium against the Giants yet?

Two stats you might want to consider: NY GIANTS are 22-10 ATS Away after allowing 30+ points, and DALLAS is 3-14 ATS as favorite.