The NFL Draft can only be described as an inexact science.

There are supremely smart football departments across the league that are masters of their domain. Yet, even they know it’s foolish to put anything other than their word on the line when it comes down to offering their recommendations for a draft pick hitting.

It’s why last year’s offensive rookie of the year – Saints wunderback Alvin Kamara – was scooped up with the 67th pick of the draft.

Honestly, who could have predicted this? 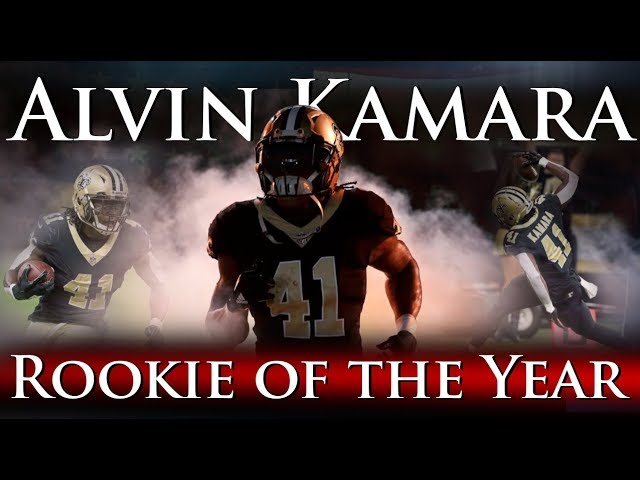 In 2016, the Dallas Cowboys waited until the fourth round (and their second pick of that round) before taking the offensive rookie of the year in Dak Prescott at 135.

What this all means, simply, is that talent in and of itself isn’t going to net you the best gem in a draft.

Kamara benefitted from having the threat of Drew Brees burning down a defense. Prescott was gifted the best offensive line in football, a flashy running back, and a veteran group built to win under Tony Romo, until a preseason injury ultimately led Romo to the broadcast booth.

Situation matters. Scheme matters. Effort matters. Almost all factors matter – and good luck trying to pinpoint which ones make some guys great and others forgettable.

And it’s pretty safe to say that talented football players dot the NFL draft, from the first round all the way to the seventh, to the undrafted rookies trying to catch on at camp.

On to the inexact science of picking the awards for this next batch of rookies.

Analysis: Prodigious talent has Barkley as the early front-runner. But the Giants signing left tackle Nate Solder, and then drafting stud guard Will Hernandez, makes the left side of the line potentially great, and may be the side of the line that Barkley wears out. His ability as a receiver puts him into every down, Le’Veon Bell-like territory, so expect to see plenty of touches. This despite a pretty nice receiving group led by Odell Beckham Jr. and Evan Engram.

There are no shortage of running backs in the field. Rashaad Penny’s odds are enticing – he quite literally has no one but undrafted and late-round fodder to plough through to win the job in Seattle.

For a QB pick, I know he’s regarded as the lead bust of the draft (there has to be one), but Josh Allen is in a good developmental situation with the Bills.

If you’re looking for the next Kamara, Michael Gallup will be part of a unit tasked to replace the 219 targets, 132 receptions, 1,398 yards, and 11 touchdowns from the departed Dez Bryant and Jason Witten on the Cowboys. His situation puts him on the board, and is the reason Courtland Sutton is part of ‘the field’, as he’ll be behind stalwarts Demaryius Thomas and Emmanuel Sanders in Denver.

Analysis: Chubb can be a wrecking ball from the start, as he gets dropped into an edge-rushing tandem with all-world Von Miller. If he is as talented as that top-5 pick indicates, he can be part of a defense to bring Denver back into the playoff picture.

That’s why he tops the defensive rookie leaderboard for me above Roquan Smith, who projects to follow the lineage of great linebackers for the Bears.

Derwin James is stepping into a great position with the Chargers, roaming in the secondary while Joey Bosa and Melvin Ingram wreak havoc on quarterbacks. Expect him to make a bunch of impactful plays for a Chargers team that will be pretty good.

Looking for extra action? Seek out Ohio State alums winning back-to-back DROTY awards. Denzel Ward has the ability to match what Marshon Lattimore did with the Saints last year. But bettor beware: he’s trying to do this on the Browns – and there’s no telling how that will turn out.