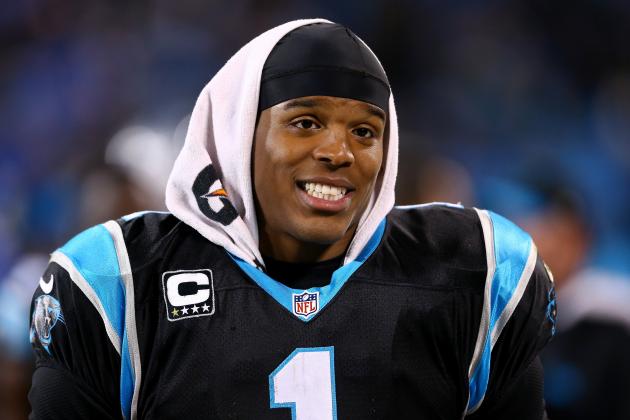 However, a largely unsuccessful offseason has tempered expectations.  And being in one of the league’s tougher divisions, this team may be fighting to make the playoffs.

Like many teams, Carolina’s quarterback play is absolutely crucial.  Newton must be that much better this season to compensate for the team’s offensive deficiencies.

These deficiencies include a completely new receiving corps and a makeshift offensive line.  Pro Bowl center Ryan Kalil anchors the line, but there is much uncertainty elsewhere.  Tackles Byron Bell and Nate Chandler are unproven and will struggle to protect Newton.  The situation at guard isn’t much better, with rookie Trai Turner and Amini Silatolu, coming off an ACL injury, projected to start.

At receiver, gone are Steve Smith, Ted Ginn and Brandon LaFell.  Their replacements are Jerricho Cotchery, Jason Avant and rookie Kelvin Benjamin.  Cotchery had a strong season for Pittsburgh last season, but he was the team’s third receiver.  The same is true for Avant in Philadelphia.  This means Benjamin will be relied upon to produce early.

The team’s run game is solid but unspectacular.  DeAngelo Williams is back for another season, along with Mike Tolbert and a hopefully healthy Jonathan Stewart.  Nevertheless, Newton is probably still the team’s best run threat.

The Panthers defense was outstanding a year ago, but it may need to be even better this year.  Linebackers Luke Kuechly and Thomas Davis are the leaders.  Kuechly is one of the best linebackers in the league and he’s just in his third year.

Carolina’s defensive line is also extremely talented.  End Greg Hardy is an elite pass rusher, but he could be facing suspension.  Charles Johnson will have to pick up the slack in Hardy’s impending absence.  At tackle, Star Lotulelei will be in his second year and is joined by Colin Cole and Kawann Short.

The secondary is a huge weak spot.  Free agent signee Antoine Cason must contribute immediately.  Melvin White will likely start at the other corner.  At safety, ex-Saint Roman Harper and ex-Falcon Thomas DeCoud are being counted on to hold the back line.

Carolina currently stands at 50-1 to win the Super Bowl and 25-1 to win the NFC.  The Panthers are projected to have the 22nd toughest schedule (.473 opponents’ win percentage).