Coming into last season, many were unconvinced about whether Chip Kelly’s super up-tempo offense could translate to the NFL.  Those questions were answered after a successful campaign with the Philadelphia Eagles.  Kelly led the Eagles to the playoffs in just his first season as head coach. 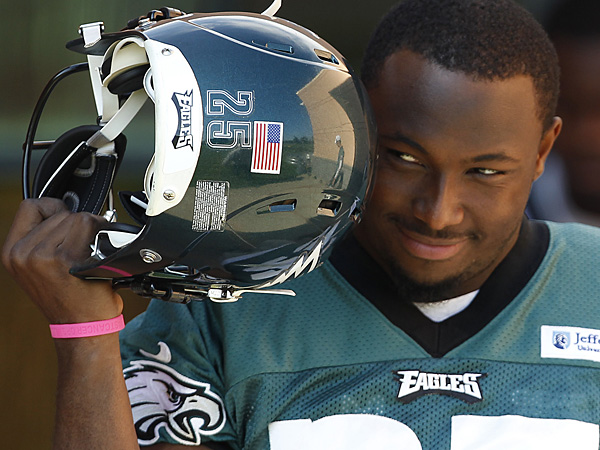 Coming into last season, many were unconvinced about whether Chip Kelly’s super up-tempo offense could translate to the NFL.  Those questions were answered after a successful campaign with the Philadelphia Eagles.  Kelly led the Eagles to the playoffs in just his first season as head coach.

Now, the Eagles look to take the next step: a deep postseason run.  This team has the talent to make it happen.

It starts on offense, and particularly with running back LeSean McCoy, who immediately flourished in Kelly’s system.  McCoy ran for a career high 1,607 yards, nine touchdowns, and added another 539 yards and two touchdowns receiving.  This offense revolves around McCoy and the offensive line.

Speaking of the OL, the Eagles have one of the league’s best.  Jason Peters may be the best left tackle playing.  Center Jason Kelce and left guard Evan Mathis are also very talented.  Right tackle Lane Johnson (who’s suspended for four games) and right guard Todd Herremans round out the starting group.

They will be blocking for quarterback Nick Foles, who threw for 27 touchdowns and just two interceptions last season.  This will be the first full season in which Foles starts.

At receiver, the Eagles have Jeremy Maclin, who returns from a torn ACL, and Riley Cooper.  They also have the versatile Brad Smith and rookies Jordan Matthews and Josh Huff.

Philadelphia’s defense greatly improved from the beginning to the end of last season.  The 3-4 scheme is anchored by an outstanding defensive line.  Ends Fletcher Cox and Cedric Thornton are young and talented.  Meanwhile, Bennie Logan holds down the nose tackle position.

The front allows more freedom for the linebackers.  Veteran Trent Cole and Connor Barwin are the pass rushers on the outside.  DeMeco Ryans, a tackling machine, and Mychal Kendricks will start on the inside.

The Eagles’ secondary may be the biggest reason for the defense’s improvement.  Joining the unit is ex-Saints’ safety Malcolm Jenkins, a versatile defender who can cover in space.  Jenkins teams up with Nate Allen on the backline, while Cary Williams and Bradley Fletcher will be the starting corners.

Philadelphia currently stands at 18-1 to win the Super Bowl and 9-1 to win the NFC.  The Eagles are projected to have the 20th most difficult schedule (.479 opponents’ win percentage).