For this Sunday in the weekly three teams parlay I like two visiting favorites and a dog, which is odd,
considering how home field advantage matters a lot. The NFL is coming to an end, and we are facing the
last few weeks where we can find a bunch of bets to make money on. Lets breakdown these week 15
picks… 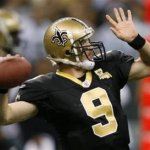 I don’t like to bet on the Saints when they are away from New Orleans, but this time is different, seeing
they’ll face a squad that plays on a dome, as well. Drew Brees and the Saints simply can’t be stop, so, in
order to beat them, you need to match them offensively, something I don’t think Minnesota can do.

This is actually the game that I like the most. The Bengals are playing for something and can put points on
the board – St. Louis can’t keep on pace with them. I think Cincinnati is a good squad that will crush
the Rams without many problems.

I know most people are excited because of what T.J. Yates showed in the last drive of the victory against
the Bengals last week, but he is still a rookie in the making; don’t forget that. Cam Newton, on the
other hand, is also a first year quarterback in the making, but he has played more games and has more
confident from his coach to make plays.

I do think Houston will win this one, but it will be close enough that you can take the points.