The New England Patriots vs Baltimore Ravens have become one of the toughest and expected recent rivalries in the NFL; these two met in the AFC championship game last season and the Ravens seek for revenge this Sunday. 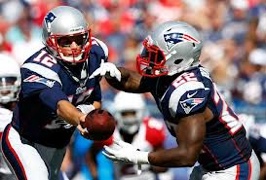 Despite the numbers say the Pats have won eight of the last nine games against Baltimore, the last few matches have been too close to call it a one sided rivalry. Brady has his worst overall career quarterback rating against the Ravens with 69.1; Baltimore is the team that gives him more trouble in the entire league.
After the surprising loss against the Cards last weekend, the Pats look to win at Baltimore this Sunday without tight end playmaker Aaron Hernandez. Number 81 suffered a high sprain ankle that will leave him away from the field at least six weeks.
The Patriots hired Kellen Winslow to be their number two tight end.
“I just met Kellen (Tuesday) for the first time, so I’m excited to get out there and practice with him,” Brady said. “Aaron has been a huge contributor for us and every time he’s in there, he seems to be making plays. We’ll see how it goes without him or with him, I don’t know”.
The Ravens also lost last week; the Eagles took away the game from them in the last few minutes.
“We have a lot of new faces in our front seven, and we’re still trying to get used to each other,” defensive lineman Haloti Ngata said. “It definitely is a work in progress”.
Baltimore is -2.5 favorite at home against the AFC Champions.