Is Peyton Manning ready to play football again? I know it’s Super Bowl week, but you can´t have
a game at Indianapolis and not have the “Peyton Manning” talk; that’s for sure. 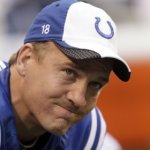 Two doctors cleared Manning to play on Thursday, but one of them is the surgeon who gave
Peyton the procedure, so, how sure are we that Manning is not rushing everything to get back
out there? Well, just like me, and probably you; the Colts owner Jim Irsay is not buying it.
“Peyton has not passed our physical nor has he been cleared to play for The Indianapolis Colts.
Statement coming Friday”, said Irsay on his Twitter account.

Manning suffered from a neck injury that let him on the sidelines this season. His team, the
Colts, have the number one pick in the draft to take the college sensation, Andrew Luck; I think
Manning doesn´t want to lose his job/kingdom in Indy and sounded to me as a desperation
move.
“Peyton Manning underwent a thorough medical re-evaluation as part of a postoperative visit
with his surgeon,” Dr. Robert Watkins’, who performed the most recent surgery, statement
read. “As a result of this examination, Manning is medically cleared to play professional
football.”
“There remains every indication that his recovery will continue. There still is no timetable for
Peyton’s return to practice, which is one of many steps in his expected return to game action.
He is working hard on a rehabilitation program outlined in conjunction with myself, Erin Barill
and Peyton. His response to this plan in the future will dictate his return date.”

To me Peyton is not ready to play, but this whole Super Bowl week on his turf is getting to
him. The Colts fans want him; Manning wants to play for Indy, but I’m pretty sure Irsay is
ready to move on.