Super Bowl 46 is more than a game for the Patriots. Super Bowl 46 is their golden opportunity
to get some revenge and scratch the painful loss of 2008 of their minds and their souls. I know
it sounds a little dramatic, but the Patriots simply can’t lose this game.

The key for this Patriots is really easy, protect Tom Brady, give him some time to throw the
ball, and you will be fine. Of course, this is much easier to say than done. The NY Giants pass
rush is one of the best in the game, with Chris Canty, Justin Tuck, Jason Pierre Paul and Osi
Umenyiora leading the way.
“It’s like he felt us,” Pierre-Paul said on Thursday about the first meeting between Giants and
Pats this season. “When we looked back on the film, we watched the film, and we didn’t really
rush like we can rush as a defense. He was throwing balls on the ground and stuff.”
“He did react to pressure that didn’t exist, and he was just throwing the ball places where
there wasn’t even a receiver there,” Pierre-Paul said. “Imagine us getting there even faster and
actually doing our jobs and getting hits on him.” 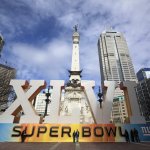 Pierre-Paul and the Giants defense thinks they are in Brady’s head; that might be true, but to
have overconfidence about this could be a one huge mistake.

The Giants defense will outmuscle the Patriots offense as they have better players on every
single position; in fact, their secondary has better matchups against the Patriots wide receivers
than against any other team they faced in the postseason.

New York is better in pass rush, coverage, running game, wide receivers, but they lose in
quarterback and coach.

You need to realize something, every single matchup favors the NY Giants… it’s almost too
easy… something is not right… that’s why I’m taking the Patriots 28-24.