Week 6 in the NFL brings an opportunity to rest and regroup for the Chiefs and Saints. Both teams are a disappointing 2-3 and both will have a tough road test following their bye week. How should we expect them to respond? 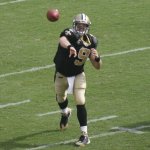 Week 6 in the NFL brings an opportunity to rest and regroup for the Chiefs and Saints. Both teams are a disappointing 2-3 and both will have a tough road test following their bye week. How should we expect them to respond?

Kansas City played the easiest schedule of any NFL team in recent memory last year and parlayed it into an 11-5 record. (Though the Chiefs were just 9-7 against the spread.) This year, Kansas City dropped their season opener at home to Tennessee 26-10, fell at Denver 24-17, bounced back for wins at Miami 34-15, and against New England 41-14, before losing at San Francisco 22-17. They are 3-2 against the number this year. After a 9-0 start to 2013, Kansas City lost three straight games and five of seven following a week 10 bye. When coach Andy Reid led the Eagles in 2012, Philadelphia lost six consecutive games after an October 21 bye. In 2011, Reid beat the Cowboys convincingly after a bye week but dropped two of three and four of six games after the week off. Reid’s recent struggles are a surprise, though, as the Eagles won their first game after a bye every season between 1999 and 2012 under Reid. The Chiefs travel to San Diego in week seven.

The Saints are 2-3 overall this season, but 0-3 on the road. Unfortunately for New Orleans, they travel to the Motor City after their week off to take on the Detroit Lions. New Orleans dropped back-to-back road games to open the year: in week 1, the Saints lost 37-34 in overtime at Atlanta; in week 2, they fell 26-24 at Cleveland. After beating Minnesota 20-9 at home in week 3, they were trounced in Dallas 38-17. Last week, the Saints rallied to beat the Bucs 37-31 in OT to bring their record closer to respectability. The Saints are 1-4 against the spread, which is not entirely surprising given (a) that three of those games have been on the road and (b) their dismal road record ATS last year. In 2013-2014, the Saints went 11-5 overall, 8-7-1 against the number, but a woeful 1-7 versus the spread on the road. After their bye week last year, the Saints beat Buffalo and won four of five after the time off. Under Sean Payton, New Orleans is 6-4 following byes including playoff games (exclusive of 2012 when he was suspended for the season). Payton’s Saints have won four straight regular season games after byes with a margin of victory a shade under 20 points per contest.