While Buffalo’s chances against New England in Week 2 would’ve been greatly improved if Tom Brady was suspended, his reinstatement comes with a silver lining for Bills fans; they’ll once again get to engage in their favorite pastime as they continued the hallowed tradition of booing the future Hall-of-Famer.

It’s no surprise the Buffalo faithful harbor such hostility toward Brady. The Pats have won 20 of the last 22 games against the Bills. Buffalo will try to stem the tide next weekend when they host the Patriots at Orchard Park (Sept. 20 at 1:00 PM Eastern).

The biggest reason for Buffalo’s run of futility is that, since 2003, they’ve had eight different quarterbacks start against the Pats, while New England has only had Brady (and Matt Cassel, that one year Brady was hurt). Next week, Tyrod Taylor will be the ninth QB of that distinction, but the results should play out in a similar fashion.

No matter how fierce Buffalo’s pass rush has become in recent years, Brady has always found a way to carve up this defense. Last season in Buffalo, Brady threw for 361 yards and four touchdowns, including scores to Tim Wright and the only career TD for receiver Brian Tyms. No matter who his supporting cast is, Brady will find a way to put up points against the Bills. With RB LeGarrette Blount back in Week 2, the Pats offense should be rolling.

The last time Buffalo beat New England and Brady played all four quarters was back in 2011 when they took a 34-31 shootout. Taylor is going to have to find similar success with the offense for the Bills to have any chance of pulling the upset.

There is some reason for optimism on the Buffalo sideline, though. The addition of LeSean McCoy – the 2013 rushing leader – as well as Taylor’s ability to take off should improve a ground attack that ranked 25th in the NFL last season. Containing McCoy and Taylor will be the first real test for this Vince Wilfork-less front seven, since the Steelers entered Week 1 without starting RB Le’Veon Bell.

One could argue, on paper, Buffalo has the more talented receiving corps. Against an unproven New England secondary, they could exploit that weakness. Of course, the size and skill of Sammy Watkins, Robert Woods, and Percy Harvin will be a moot point unless Taylor can get the ball into their hands.

Watch Taylor closely in Week 1 to get a sense of where he is in this offense. Buffalo was 9-7 ATS last year, and has all the talent to keep this game close, as long as they get the quarterbacking. Meanwhile, the Patriots also went 9-7 ATS last year, hitting 4-4 on the road. 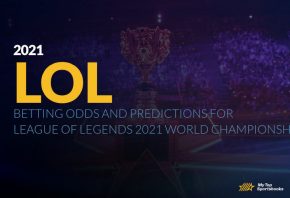 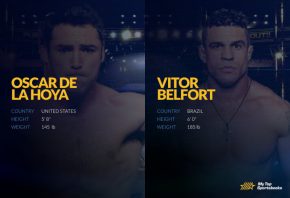