Betting on NFL over/unders is great. If you have insight on one or two teams, you can put down your cash and watch as your suspicions are confirmed throughout the year. If you just want to have fun, for a small investment, you can have 17 weeks of excitement. Let’s take a look at how sportsbooks think each team will fare, and weigh in with our analysis.

AFC East
New England Patriots – 10.5: They have the easiest schedule in the division combined with the best coach and quarterback – whose appeal still hasn’t been determined. They’ve also won 12 games or more in five straight seasons. Over.

Miami Dolphins – 8.5: Ndamukong Suh might be overpaid but he improves the defensive line. The team added quality young weapons for a finally improving Ryan Tannehill. Over.

Buffalo Bills – 8.5: Like the QB situation that faced Rex Ryan with the Jets, quarterback is a major issue in Buffalo. The defense should be solid, though, and the Bills will be a tough team at home. 8-8 feels likely. Under.

New York Jets – 7.5: The defensive front is good, the rest of the roster not so much. Expect growing pains for first-year coach Todd Bowles. Under.

AFC North
Baltimore Ravens – 9: One of the best run franchises in the league had a great off-season and has the easiest schedule in the division. They’ve won 10+ games four of last five years. Over.

Pittsburgh Steelers – 8.5: They play the toughest schedule in the NFL this year, unlike last season when they played the easiest slate among AFC Playoff squads. The offense will be high-scoring again, but so many questions linger on a porous defense. Under.

Cincinnati Bengals – 8.5: “Who Dey?” must contend with the second most difficult schedule in the league and didn’t add impact players in the off-season. Under.

Cleveland Browns – 6.5: They started strong but finished dreadfully last year after the Brian Hoyer injury/decline. They still have no QB. Under.

AFC South
Indianapolis Colts – 11: The best team in a bad (but improving) division still struggles against decent teams. Luck is amazing but asking for 12 wins is an awful lot. The Colts haven’t won more than 11 since 2009. Under.

Houston Texans – 8.5: The Texans added good veterans to a team on the rise. The quarterback situation is still unclear, but put your faith in Bill O’Brien, who has done nothing wrong. Over.

Tennessee Titans – 5.5: Tennessee has won six or more games in eight of the last nine years. Mariota may need time but should be an improvement under center. Over.

Jacksonville Jaguars – 5.5: Dante Fowler is out for the year and they haven’t won six games since 2010. They will be improved, but three games better than last season’s 3-13? Under.

AFC West
Denver Broncos – 10: Ryan Clady is out; Julius Thomas is gone; and Gary Kubiak has long been a better coordinator than head coach. Oh, plus Peyton Manning is now 39-years-old and finally showing signs of slowing down. Under.

San Diego Chargers – 8: The offensive line and the D should be improved. Winning nine games for a third straight season feels more likely than dropping to seven. Over.

Oakland Raiders – 5.5: With 11 total wins over the last three years, Raider Nation should be hopeful that things will improve with QB Derek Carr in his second year. But they play the toughest schedule in the division, and will have the rumors of a move to LA looming all season. Under.

NFC East
Dallas Cowboys – 9.5: The defense just isn’t that good – healthy Sean Lee or not – and they aren’t going 8-0 on the road again this year. Under.

Philadelphia Eagles – 9.5: Either you believe in Chip Kelly or you don’t. Dumping old, expensive players makes sense and, if healthy, Bradford should love the system. Over.

New York Giants – 8.5: Steve Spagnuolo may help the defense, but it still won’t be very good. It’s also hard to trust Eli Manning these days, great receiving corps aside. Under.

NFC North
Green Bay Packers – 11: As good as they’ve been, the Pack only have two 12-win seasons in the last seven years. The division isn’t great, but it is competitive. Under.

Minnesota Vikings – 7.5: Adrian Peterson’s return should be worth at least one win, and Teddy Bridgewater, who showed promise as  a rookie, should be improved. Over.

Chicago Bears – 7: John Fox is a huge upgrade, but it will take time for the new head coach to get his type of players; asking for three more wins from last year is a lot. Under.

NFC South
Atlanta Falcons – 8.5: A new coach – especially one with the winning pedigree of Dan Quinn – has to help; plus Atlanta has the easiest schedule in the NFL. Over.

New Orleans Saints – 8.5: The roster has been overturned, and the defense should be improved. Sean Payton is still one of the best coaches in the league, and Brees will bounce back, even without Jimmy Graham. Over.

Carolina Panthers – 8.5: Cam Newton wasn’t healthy last year and they still won the division. The offensive line is not great but the defense is very talented. Over.

Tampa Bay Buccaneers – 6: Is Jameis Winston really worth five wins? The Bucs won just twice last year and are clearly still the worst team in the division. Under.

NFC West
Seattle Seahawks – 11: The mighty Seahawks have to contend with a good division and a tough schedule. I love the Jimmy Graham pickup, but the defense has taken a step back. A third straight 12-win season is too much to ask for. Under.

Arizona Cardinals – 8.5: Was last year’s early success an aberration? Was the late decline purely a result of QB injuries? The latter seems more likely. Plus, having Bruce Arians on the sidelines never hurts. Over.

St. Louis Rams – 8: How good will Foles be? Better than no Sam Bradford, who was always injured. Jeff Fisher teams tend to steadily improve. Over.

San Francisco 49ers – 7.5: The Niners lost one of the best coaches in the league and players have exited left and right. That said, when all of the experts bury a team, go the other way. Over. 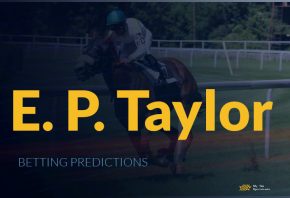