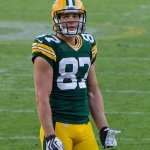 Tonight, the Super Bowl-favorite Green Bay Packers (9-3) will try to stay perfect at Lambeau against the suddenly soaring Atlanta Falcons (5-7).

Ok, maybe “soaring” is an overstatement for the 5-7 Falcons, who lost 26-24 at home to the Cleveland Browns just two weeks ago.  But Atlanta has won three of its last four, including last weekend’s 29-18 upset over the NFC-leading Arizona Cardinals.

After Carolina beat New Orleans yesterday, Mike Smith’s squad is now in sole possession of top spot in the dreadful NFC South. But they will need a win in Green Bay tonight to stay there.

Winning in Green Bay is something that no team has been able to do this year, no team other than the Packers, that is.  Aaron Rodgers and company have dominated opponents at home, going 6-0 and averaging over 40 points per game.  That is exceedingly bad news for the Falcons, whose defense surrenders a league-worst 403 yards per game.  Atlanta is particularly bad against the pass, allowing just over 285 yards through the air per week, dead-last in the NFL.

The pass-first Packers should be able to add to Atlanta’s defensive struggles. The Packers are top-ten in passing offense and have surrendered a league-low four interceptions on the year (none of which have come at Lambeau).  Receivers Jordy Nelson (1,119 receiving yards) and Randall Cobb (922 receiving yards) each have ten touchdown catches on the season and have been a nightmare for opposing secondaries.  Nelson, in particular, has been impossible to contain, hauling seven receptions of 40 yards or more.

The matchup problems for the Falcons are reflected in the huge 13-point spread.  With two dynamic wideouts of their own – Julio Jones and Roddy White – and a respectable ground-game, the Falcons may be able to run-and-gun with the Packers for a time tonight.  But look for the opportunistic Packers – who lead the league in turnover margin at +15 – to gain some extra possessions and pull away, keeping Green Bay on pace with the Cardinals for top spot in the NFC.