The Week 11 locks went 2-1 yet again, marking four weeks in a row of profitable plays. The Chiefs covered as 3.5-point road dogs in that wild shootout with the Rams (54-51), while the Titans vs Colts stayed just under the 49-point total (38-10 Colts). My only loss of Week 11 came from Raiders vs Cardinals, a game that squeaked past the 41-point total thanks to a late Oakland field goal (23-21 Raiders).

Adding those to the previous ten weeks, the ledger looks as follows …

The schedule will be back to a full 16-game slate in Week 13. The Chiefs and Rams are the final two teams on bye this week. Odds and predictions for every game follow, but only take the Locks of the Week to the betting window.

This is an epically short week for the Bears (7-3, 2-2 away), who played the Sunday nighter in Week 11. Injury concerns abound on both sidelines, Mitchell Trubisky’s status being the biggest question mark. This game will be off the board until that’s cleared up. When it is back up, a word of caution to Bears backers: Detroit (4-6, 3-2 home) has already beaten New England, Green Bay, and Carolina at Ford Field.

This Dallas team (5-5, 3-1 home) does not have the offense to lay more than a touchdown. Washington’s (6-4, 3-1 away) attack isn’t going to look that much different with Colt McCoy under center instead of Alex Smith. In fact, it might even push the ball downfield a little more. McCoy has been in Jay Gruden’s system for years and is much more of a gunslinger than Smith. Take Washington and the points.

STAY ALERT: In Colt McCoy’s only career start against the Dallas Cowboys, he is is a perfect 1-0. Back in 2014 he led the 2-5 Redskins to a victory over the 6-1 Cowboys.

Just a heads up Cowboy fans.

It’s terrifying betting against New Orleans (9-1, 4-1 home) these days. They have covered eight in a row and won nine straight on the field. But Atlanta has the offense to keep this within two scores, and they also have vast amounts of experience playing against Drew Brees and company.

This is a huge game in the NFC Wild Card race as the Seahawks (5-5, 3-3 away) are currently a game behind the Panthers (6-4, 5-0 home) and half a game behind Minnesota. Seattle’s losses this season have come by an average of five points.I love getting the hook here, even with Carolina undefeated at home.

The last time the Eagles (4-6, 2-3 home) actually played a full 60 minutes of football, they waxed this same Giants (3-7, 2-3 away) team, 34-13. Look for Golden Tate to be worked into the offense better in his third game with Philly and the defense to step up against a New York attack it knows inside and out.

The Jets (3-7, 2-3 home) have lost four straight by an average of 18 PPG. The Patriots (7-3, 2-3 away) are coming off a bye and an embarrassing loss before that (34-10 at Tennessee). They are going to be highly motivated, especially with Pittsburgh passing them for the #2 seed in the AFC, which comes with an all-important playoff bye. This has all the makings of a New England rout.

Jameis Winston will be back at the helm for Tampa Bay (3-7, 2-2 home) in Week 12, while the 49ers (2-8, 0-5 home) will continue to roll with Nick Mullens. The Bucs defense is another soft matchup for the rookie, but this will be his first road game, and it’s across the country, meaning an early start for his body clock. If Tampa can finally cut the turnovers, they should win going away. Scary thing to bet on, but still the smarter play.

The Buccaneers will turn the starting job back over to quarterback Jameis Winston for Sunday’s game against the 49ers: https://t.co/OKUee6Og1Z

The big news ahead of this one is that Ryan Tannehill will be starting for the Dolphins (5-5, 1-4 away) instead of Brock Osweiler. Neither one can keep up with these Colts (5-5, 3-2), who have averaged 36 PPG over their last five. The only defense to keep them under 30 in that span was Jacksonville. I still don’t like laying more than a TD here, though. I’ll bank on Tannehill to do enough to help this hit the OVER.

The Raiders (2-8, 1-4 away) showed some life in Week 11 with a 23-21 win in Arizona, while Baltimore (5-5, 3-2 home) edged out Cincinnati (24-21) at home in Lamar Jackson’s first career start. They ran the ball over 50 times in that one and will go run-heavy again versus Oakland, in all likelihood. That makes the double-digit spread a little too generous, even against an Oakland team that’s lost six games by 14 points or more.

Edge Bengals? Not really. It’s Hue Jackson after all.

Cincy has lost four of five and has a worse point differential than Cleveland on the year (-56 vs -45). They’re a bad football team with a horrible defense. Look for Nick Chubb and the Browns’ running game to torch Cincinnati’s 30th-ranked rush defense (per DVOA).

As you’ll see in the Locks section, I’m going to tease the Browns up to +10. Remember that Cleveland is coming off a bye and the Bengals last three wins have been by an average of 4.7 PPG.

Is there any fight left in the Jaguars (3-7, 1-3 away) after they blew a 16-0 lead to Pittsburgh in Week 11, effectively killing all playoff hopes? Doubtful. This Bills (3-7, 1-3 home) defense gave Blake Bortles all sorts of problems in last season’s Wild Card playoffs (10-3 Jaguars). Back in Orchard Park and coming off a bye and a 41-10 beatdown of the Jets the week prior, they’ll be feisty again.

The Browns traded for the Bills QB, Tyrod Taylor

The Chargers (7-3, 3-2 home) let a golden opportunity to make up ground on the Chiefs slip away last Sunday, blowing a 4th-quarter lead to Denver at home (23-22). Mental mistakes and special teams cost them. In other words: it was status quo. They are one of the most potent and balanced teams in the league when they’re on, but I’m not laying 12 points on a team that misses this many extra points. If Arizona (2-8, 1-3 away) can keep the margin within 12 points in Kansas City (26-12 in Week 10), they can do the same in the much-less-hostile StubHub Center.

The Packers (4-5-1, 0-5 away) are still winless on the road and the Vikings (5-4-1, 3-2 home) have one of the best home-field advantages in the league, historically. They have also owned Aaron Rodgers in Minnesota recently, holding him to a passer rating of 70.7 and 86.9 in his last two full games there. While the Green Bay ground game has been effective this season, they are not winning in Minny without Rodgers playing well.

Kirk Cousins’ history in primetime is a little concerning, however.

With that loss tonight, #Vikings QB Kirk Cousins moves to 4-12 in his career in primetime games.

The next three weeks:

Marcus Mariota’s status is in jeopardy for Tennessee (5-5, 2-4 away). The safest bet is that he makes it back (especially with an extra day to recover) but is less than 100%. That’s not going to be enough against a Houston defense playing at an elite level. The Texans (7-3, 4-2 away) have now won seven straight after their 0-3 start thanks to a D that ranks 3rd overall in DVOA and 2nd against the run, which is supposed to be the Titans’ bread and butter. That said, the Titans’ own defense ranks second in points allowed () and was just embarrassed by Andrew Luck and the Colts (). Count on a bounce-back effort there and a low-scoring game, on the whole.

Locks of the Week 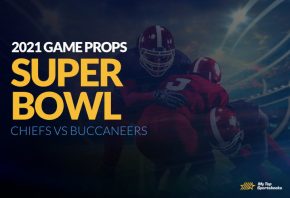 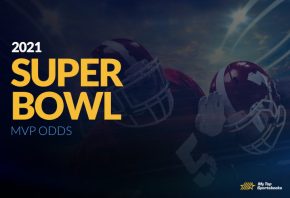