In mid June, no team stood above the pack in the 2019 Stanley Cup odds. There was a cluster of eight teams between +900 and +1200, a fitting recognition that predicting the NHL playoffs is one of the most difficult handicapping exercises in professional sports.

The hurricane that was free agency has drastically changed the forecast, however.

By signing John Tavares to a seven-year, $77 million contract, the Toronto Maple Leafs became the new lead dog in the Stanley Cup hunt, according to online sportsbook Bovada, jumping all the way from +1000 to +700.

Tavares wasn’t the only big name on the move, of course. Below, find the most significant signings of free agency, followed by the full list of all 31 teams, with before and after odds for the 2019 Stanley Cup, and lastly, a deep dive into a couple intriguing options.

Which Team is the Best Value for the 2019 Stanley Cup?

It’s not the Maple Leafs

The Leafs’ offense is going to be scary-good. They finished second in the league in goals last season (3.38 GPG) and that was with Auston Matthews only playing 62 games. The blow of losing leading goal scorer James Van Riemsdyk (36 goals) is more than attenuated by adding Tavares, who’s averaged 34 goals over the last four years.

Matthews, who scored 40 as a rookie, is still on the rise, as is last year’s leading point-getter Mitch Marner (69 pts) and 2014 first-rounder William Nylander (61 pts). Add in 38-year-old Patrick Marleau, who still managed to notch 27 genos in his first season as a Leaf, and you have the makings of the best offense in the NHL. 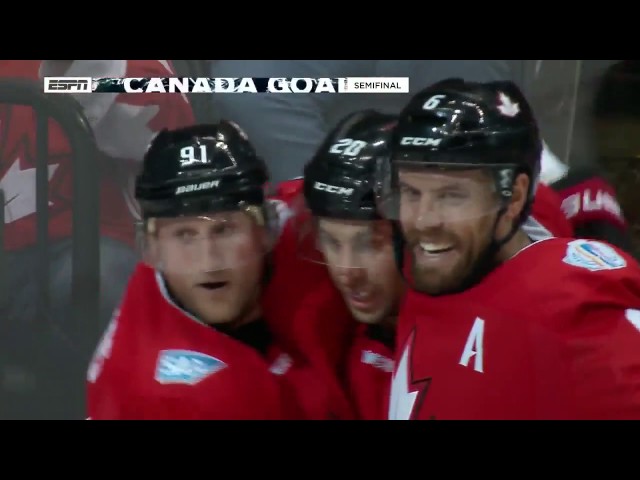 What the Leafs still haven’t figured out is how to keep pucks away from their own net.

This team had a negative shot differential last year of -136, which was 23rd in the NHL. Their top-four on D currently projects as Morgan Rielly, Jake Gardiner, Nikita Zaitsev, and Ron Hainsey. Among those players, only Rielly had a positive Fenwick %, and just barely (50.4%). Gardiner was 49.4% while Hainsey and Zaitsev were horrendous at 46.2% and 45.7%, respectively.

No GM can ice that top four and expect to win four playoff rounds when the Arizonas and Ottawas of the world have been weeded out.

Until the situation on the back-end is addressed, fade the Leafs at +700.

Is it still the Blue Jackets? Depends on Panarin

The Blue Jackets looked like good value a few weeks ago when they were at +2500. They have solid depth both up front and on defense, they out-chanced their opponents night-in and night-out last year (52.21% Fenwick, 7th in the NHL), and they have a goalie who could reasonably get hot at the right time in Sergei Bobrovsky. Those are the traits of a team that can go deep.

Unquestionably CBJ’s most lethal offensive threat (27 goals, 82 pts), the Russian, who is in the last year of his contract, is suddenly on the trade block after informing the team that he wouldn’t be signing an extension and will, instead, test the free-agent market in 2019.

Perceived as a rental, Panarin isn’t likely to return equal value in a trade, at least not for the 2018-19 season, and his loss would deprive Columbus of its leader in almost every offensive category, including goals (27), assists (55), points (82), plus/minus (+23), and PPG (7).

Pierre-Luc Dubois had a fantastic rookie season (20 goals, 48 pts) but requiring him to shoulder even more of the offense in a division that still boasts Sidney Crosby, Evgeni Malkin, Alex Ovechkin, and Taylor Hall is a big ask.

Until the Jackets confirm that they’re retaining Panarin — at least to start the year — or pull off a favorable trade that can replace his offensive production, stay away from the Jackets.

Bruins Favored Over Leafs Ahead of All-Star Game Break