The 2021-22 NHL regular season begins October 12. The temporary divisions from last season are gone. For the upcoming 2021-22 NHL season, the league reverts back to having the Metropolitan and Atlantic divisions in the Eastern Conference and the Central and Pacific divisions in the Western Conference. The league’s new team, the Seattle Kraken are part of the Pacific Division and the Arizona Coyotes move to the Central Division.

The 2021 season ended with the Tampa Bay Lightning winning the Stanley Cup in five games over the Montreal Canadians.

Last season, the Tampa Bay Lightning became the first team to win back-to-back Stanley Cups since the Pittsburgh Penguins did so in 2016 and 2017. One has to go back to the early 80s to find a team that won three Cups in a row. The most recent squad to do so was the New York Islanders. That club won three straight between 1980 and 1982. The Lightning have a chance to become a dynasty team in 2022 and the odds are good that they will — at the very least — win the Eastern Conference.

The core of the Cup winning Lighting club remains in tact. As far as important additions, former Hart Trophy and Stanley Cup champion Corey Perry joins the club. Perry has dropped off from his prime years, but the 36-year-old will add some veteran depth to a line up that didn’t really need any help.

CAN TORONTO BREAK THROUGH

The Maple Leafs always have high expectations placed upon them. Those expectations are only increasing as the club has exited the playoffs in the first round in each of the past five seasons. Last year was rough. The team was up on the Montreal Canadians 3-1 in the series and dropped the last three games.

If Toronto is going to succeed, it will need better performances from Auston Matthews and Mitch Marner. Some good news for the Leafs is that John Tavares, who was injured during the playoffs in a frightening incident, will be available to begin the 2022 NHL season.

The Bruins are down to two players who were with the club when it won its most recent Cup in 2011. Those players are Patrice Bergeron and Brad Marchand. As far as quality players to keep around, that’s not too shabby.

The last we heard from superstar goalie Tuukka Rask, who underwent off season hip surgery is that he might be available in late 2021 or early 2022.

Boston made it to the second round of the 2021 playoffs before dropping their series to the New York Islanders 4-2.

I think the Lightning are too deep, too talented and too experienced to fall from the lofty heights they have reached. The opportunity to go down as a dynasty will give Tampa Bay a psychological edge that will be enough to propel them to the top of the Eastern Conference pack. 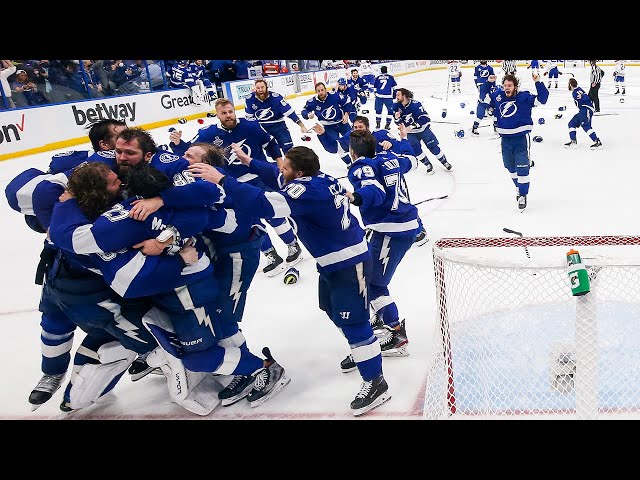 NHL Picks; Kraken looking to get back to winning ways against in-form Devils

NHL Picks; Jets expecting to take down the Sabres in New York