The long and grueling Stanley Cup Playoffs begin Wednesday, so let’s take a look at the field of 16 and see which team will survive the most demanding tournament in sports. Remember, this is the NHL, where an expansion team can reach the finals (Vegas Golden Knights in 2018) and a No. 8 seed can win it all (Los Angeles Kings in 2012).

The Tampa Bay Lightning were the class of the league in 2018-19, winning the Presidents’ Trophy as regular-season champions and leading the Eastern Conference with 128 points.

With a league-leading 325 goals led by NHL scoring champion Nikita Kucherov and Steven Stamkos, no other team came close to the Lightning as the Boston Bruins and the Calgary Flames were 21 points back. 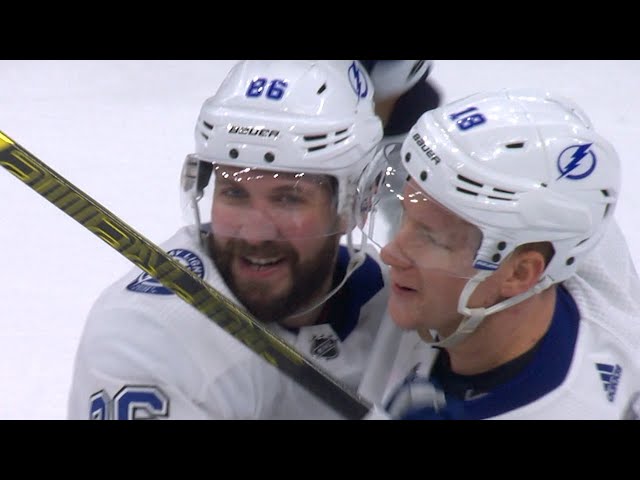 It’s hard to bet against a Lightning team that tied the 1995-96 Detroit Red Wings for the NHL record for wins in a season (62).

But remember, those Red Wings were famously knocked out in the Western Conference finals by eventual champion Colorado. Historically, winning the Presidents’ Trophy means little when it matters most. Since 1985-86 just eight of 32 Presidents’ Trophy winners have also won the Stanley Cup, and Chicago was the last to do it six years ago.

The so-called “Presidents’ Trophy curse” is encouraging for other favorites such as Calgary, Boston, and Washington, who have been strong but not juggernauts like the Lightning.

Though the Flames pulled away from San Jose, Nashville, and Winnipeg to win the Western Conference, the goaltending duo of David Rittich and Mike Smith was not consistent enough to produce optimism for a long playoff run.

Boston claimed second place in the Atlantic Division and has home-ice advantage over division-rival Toronto in round one.

After winning the franchise’s first Cup last year, defending champion Washington has invaluable playoff experience and knows what it takes to go all the way.

Like the Capitals of last season, the following teams didn’t finish at the top of the league, but each are capable of going on a run to the finals: Nashville, San Jose, Vegas, Pittsburgh and Winnipeg.

Each of these teams possess the talent and ingredients to go all the way, and all except the Jets have recent experience in the Cup Finals.

Unfortunately for the Golden Knights and Sharks, one of them will be out after their first-round matchup. And the Jets and Predators are favored to meet in a second-round rematch of last year’s series that Winnipeg won.

The Sharks hope defenseman Erik Karlsson is the final piece to get them over the hurdle after many years of contention, although it’s uncertain whether Martin Jones can deliver championship-caliber goaltending for four rounds.

The Islanders and Blues were two of the biggest turnarounds this season.

New York went from worst to best in goals against under head coach Barry Trotz.

St. Louis reached the playoffs after sitting last overall in January – but duplicating that magic in the postseason will be a tall order, especially since they likely won’t have home-ice in any series.

Toronto’s firepower up front — Mitch Marner, Auston Matthews and John Tavares — will be difficult to stop, but the Maple Leafs’ defensive struggles and goaltender Frederik Andersen’s recent inconsistency should mean another Cup-less year in T.O.

Many Leafs fans no doubt will blame the playoff format for lining them up against the East’s No. 2 Bruins instead of the fourth-ranked Islanders they would have faced in the previous postseason format. But guess what, Toronto, the current format is here to stay because a clearly defined bracket encourages more gambling and contests for the NHL.

Columbus, Dallas, Colorado and Carolina would bring the best return if one of those bets can come through. Though it’s unlikely, it’s not out of the realm of possibility that one of these wild-card teams can go on a run of upsets all the way to the final.

The Blue Jackets went all in at the trade deadline by adding forwards Steve Duchene and Ryan Dzingel and holding on to pending unrestricted free agent forward Artemi Panarin and goalie Sergei Bobrovsky.

Although it squeaked into the playoffs, Columbus should make things difficult on the Lightning in the first round, and Bobrovsky is the type of goaltender who could steal a series.

Led by forwards Nathan MacKinnon and Mikko Rantanen, the Avalanche are attractive for a first-round upset of Calgary but it’s a tall order to expect them to go beyond the conference finals.

NHL Picks; Kraken looking to get back to winning ways against in-form Devils

NHL Picks; Jets expecting to take down the Sabres in New York