Unlike the Norris, Hart, or Vezina, there is no vote or debate about the Art Ross. If you lead the NHL in points, you get the trophy. Last season, Sidney Crosby tallied 104 points and earned his second Art Ross. He’s in contention to go back-to-back for the first time since Jaromir Jagr won four straight from 1997 thru 2001. However, Tyler Seguin, Patrick Kane, and Jakub Voracek are all battling with Crosby for most point in the league.

Let’s take a look at the odds for each player. (Or you can scroll to the bottom for a concise odds list.)

If Crosby loses a tight race for the award, it will likely be because of games lost to injury. He is just a few points off the pace of the league leaders (Tyler Seguin, Patrick Kane, and Jakub Voracek) but has played in four fewer games. Crosby is second in the NHL in assists and is among the top-ten in the league in power play points.

It’s likely that Crosby’s Penguins will be playing meaningful games right up until the end of the year. That said, if they lock up a playoff spot early and aren’t in a fight for home-ice at the end of the year, it’s possible that Crosby will get a game or two of rest. Nevertheless, Sid the Kid remains the slight favorite for the Art Ross.

Seguin, Kane, and Voracek are battling for the league lead at the moment – all hovering around 60 points, just a shade ahead of Crosby – and their teams have all played the same number of games.

Seguin is currently third in the league in goals, and fifth in power play points. The Stars are on the outside looking in with respect to the playoff race.  While that isn’t good news for the team, as a whole, it may be good news for Seguin’s Art Ross chances; coach Lindy Ruff is likely to ride his first-line center hard in order to make a push for the postseason, meaning Seguin will continue to see a ton of ice-time, particularly with the man advantage.

Unlike Voracek, this is the second straight outstanding year for Seguin. With 84 points in 80 games last year, the former Bruin has already demonstrated that he can keep up a torrid pace for a full season.

Kane has never tallied more than 88 points in a year and is already within ten points of his total from last season. He’s top-ten in the league in both goals and assists, and has come up clutch for the Blackhawks all year (scoring five game-winning goals). Like Seguin, Kane also sees a lot of time on the PP and he is just outside the top-ten with 20 power play points. However, Kane has to compete for ice-time with the likes of Jonathan Toews, Patrick Sharp, and Marian Hossa, something Seguin doesn’t have to worry about.

Chicago will once again be in the playoffs and, while seeding is up in the air, Kane could get a game or two off as the year winds down.

Voracek should eclipse his career-high 62 points within the next week. The Flyer winger leads the NHL in assists and is fourth in power play points. Philadelphia is nine points back of a playoff spot and are a long shot to make the postseason. But they aren’t out of the running yet and will need Voracek’s offense if they are going to find their way into the Eastern Conference bracket. So, like Seguin, Voracek apt to see a ton of ice-time down the stretch.

Due to the fact that he’s never showed that he can keep up a point-per-game pace for a full season, Voracek’s odds are just below Seguin’s and Kane’s.

While the top contenders have been singled out, a large field including the likes of Nicklas Backstrom, Ryan Getzlaf, Claude Giroux, Evgeni Malkin, and Alex Ovechkin are within eight points of the league lead. Anyone that gets hot could find himself with a shiny new trophy at season’s end. With so many great players sitting within striking distance, the field is actually a 5/2 favorite. 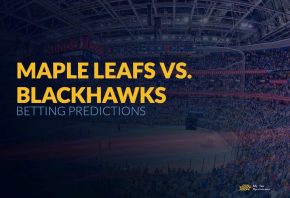 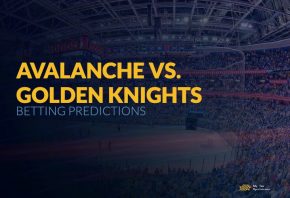