Thanks to another Boston Bruins collapse, this NHL regular season ended up being pretty enthralling right down to the last drop. But now that 2,640 games are in the books, the real season – hockey’s second season – can get underway.

There are a few new wrinkles to this year’s postseason, for example players won’t need a valid passport thanks to the absence of any Canadian franchises. But when it comes to the favorites to lift Lord Stanley’s Cup, it’s the same names you’re used to seeing at the top of the board. (That’s what happens when two teams have combined to win five of the last six championships).

Though the Los Angeles Kings missed out on the playoffs entirely last season, they edged out the defending champion Chicago Blackhawks as the team to beat in the West. There are a couple reasons it’s so hard to repeat in the NHL, but a big one is the toll the playoffs take on your body. Chicago played hockey until mid-June last year, while L.A. was off playing golf. Odds are they’ll be more fresh if the two (likely) meet down the line.

The Washington Capitals are another team that’s familiar with golfing. A perennial playoff disappointment, this season’s Caps have a different feel around them, excelling at both ends of the ice on their way to running away with the President’s Trophy.

Perhaps the real reason Washington feels different this year is how weak the East looks. Other than the rival Pittsburgh Penguins and New York Rangers, there doesn’t appear to be much standing in the way of the Caps first Cup finals since ’98.

While the Stanley Cup is the focus of the next two months, it’s not the only hardware the NHL gives out. With the regular season concluded, we’ve updated the odds for all of hockey’s biggest individual awards awards as well. Take a look.

Odds to meet in the 2016 Stanley Cup finals:

The only surprise here is how Crosby managed to wiggle his way into the discussion after he finished the year with points in 20 of his final 21 games to help the Pens gain home-ice for the first round. But Patrick Kane ran away with the scoring race for a reason; he finished the season as hot as he started it. 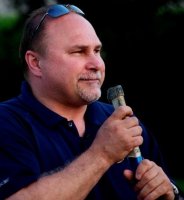 This might finally be the year voters wise up and give the award to the best coach, instead of the turnaround architect. Trotz has taken a group of talented Capitals and finally turned them into a real hockey team (something Boudreau could never do, but I’ll lay off because he was pretty good with the Ducks this year).

Holtby had an opportunity to break Martin Brodeur’s single-season win record, but ultimately had to settle for tying it. If that stung even a little bit, winning his first-ever Vezina Trophy will be a nice remedy. Ben Bishop and Corey Crawford also had nice years, but Holtby had more success over more games. 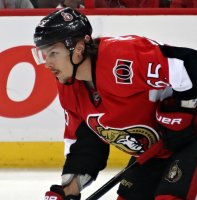 You could debate which defenseman deserves the third nomination all night, but in the end it really doesn’t matter. This is a two-horse race that will split voters allegiance between what role they believe a D-man should fill. Karlsson is a transcendent offensive talent, but isn’t nearly as good in his own end as Doughty. Plus Doughty could get a sympathy boost as he still has yet to win the award.

This is one of the best rookie classes in the NHL since the post-lockout season. Panarin ran away with the rookie scoring race, but partly because McDavid missed 37 games this season. While the 19-year-old made some jaw-dropping plays this year, the fact that Panarin made a huge impact on a veteran-laden, playoff-bound team should give him the edge.

The “congratulations for staying out of the penalty box award” goes to whichever one of the league’s best scorers demonstrated an ability to keep his stick out of people’s faces. This year’s award could go to either Gaudreau or Kopitar, but since I have Kopitar losing another award no one cares about, I’ll give him the edge here.

Bergeron is so used to winning this award, I can’t wait for him to have a Zoolander moment this year. Kesler led all forwards in blocked shots this season, notched 168 hits, and even outperformed Bergeron in the faceoff circle; look for him to win his first since 2011.