After this year’s Stanley Cup Playoffs, the National Hockey League will look a lot different next season. Not only will the NHL have two new broadcast partners in ESPN and Turner Sports, it will also be adding a 32nd franchise – the Seattle Kraken.

In fact, the Kraken officially became part of the league in late April after Seattle owners made their final expansion payment to the NHL, a bill that totaled $650 million. The team is now free to make trades and sign players and general manager Ron Francis has already been busy scouting and preparing for the expansion draft on July 21.

Below, we’ll explain the rules surrounding the upcoming expansion draft, letting you know what players Seattle can and can’t pilfer from the 31 other clubs. Also, be sure to check out our NHL betting tips page for advice on how to wager on hockey.

On July 21, the Kraken will pick one player off every NHL team except the most-recent club to join the league, the Vegas Golden Knights, who are exempt. So, that’s 30 players the Kraken picks, and each team protects the ones they most want to keep. Seattle must choose 14 forwards, nine defensemen and three goalies at minimum while filling the four other slots as they see fit. The 30 players must also take up at least 60% of next season’s $81.5 million salary cap limit — $48.9 million.

The Kraken can’t just pluck anyone off the rosters of the 30 franchises, of course. Those clubs can protect seven forwards, three defensemen and a goalie. Or, they can protect eight skaters overall and a goalie.

The @SeattleKraken have signed Luke Henman, the first player in franchise history! 👏

Players with no-movement clauses also must be protected, while first- and second-year players and unsigned amateur draft picks are exempt from the expansion draft and don’t have to be protected. Teams must have their protection lists finalized by July 17, followed by a window in which Seattle has exclusive negotiating rights with free agents from July 18-21, ahead of the July 21 expansion draft.

In total, Seattle is free to sign up to 10 free agents this way.

The Kraken will also participate in the NHL entry draft on July 23-24 and have the third-best lottery odds for a shot at the No. 1 overall pick.  While the NHL revamped its draft lottery formula last month, making it harder for the Kraken to secure the No. 1 overall slot, the new formula also guarantees them to pick no lower than No. 5 overall.

So, the question becomes whether Seattle will be able to get off to the same fast start as the Golden Knights, who in 2018 made the Stanley Cup Finals in their first year after joining the NHL. Some speculate it might be more difficult for Ron Francis this time around as GMs around the league certainly learned some lessons from that 2017 expansion draft.

The Seattle Kraken seem ready to start their wheeling and dealing. 👀https://t.co/UrVcpGLVj0

The first step before picking all their new players is to hire a Head Coach. Former Vegas boss Gerard Gallant is considered the leading contender, however, Francis seems to be waiting to see if any other big names become available – which could happen if a team with high expectations is knocked out of the Stanley Cup Playoffs early.

“We’re patient. We think we’re prepared,” Francis said. “When we get to that point to zero in and talk to the people we want to talk to we’ll make that decision. 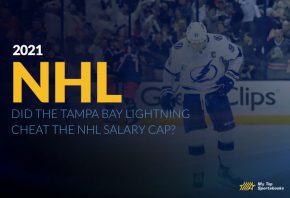 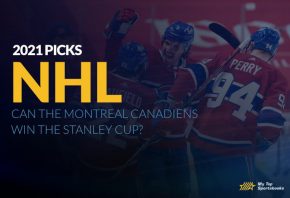 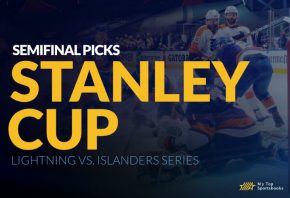