Get excited hockey fans; this fall officially marks the return of the historic World Cup of Hockey! Oh, did I say “historic?” I meant sporadic.

The last World Cup came all the way back in 2004, and was only the second event under that title. The tournament was originally created to replace the old Canada Cup. Now it’s making its return as a sort of “F-you” to the International Olympic Committee. Not only will the NHL be earning all the revenue from this tournament, but if it goes well, the hope is that it may replace the league’s need to let players participate in the Winter Olympics.

But for all the purists who will never turn their back on Olympic hockey, you have to give the NHL credit for at least trying to make this tournament more competitive. After the big six nations (Canada, USA, Russia, Sweden, Finland, and the Czech Republic) there’s a huge drop off in the caliber of international hockey.

The NHL’s solution to this problem was to create a pair of super teams: Team North America, drawing the best under-23 talent from Canada and the U.S.; and Team Europe, scraping together the best talent from Denmark, Norway, Austria, Switzerland, and more.

While this tournament could be different than any other we’ve seen before, it still gives us the chance to talk “snubs,” which is always the best part of international events. With each nation announcing its initial 16-man roster last week, there are just seven spots left on each team and months left to speculate on who will grab them. And we wouldn’t be a sports website if we didn’t join that pandemonium.

Here are our odds for who will round out North America’s rosters, as well as early odds to win the World Cup. 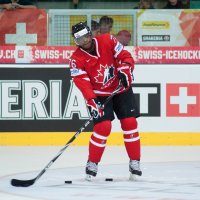 Perry should once again be joining teammate Ryan Getzlaf on Team Canada, especially after bouncing back from a slow start to the year. Hall and Giroux are probably the most talented of the “left outs,” but Marchand could be the gritty addition to a Canada squad that likes a true four-line team.

Pietrangelo leads the pack, not just because he played in Sochi, but also because St Louis GM Doug Armstrong is in charge. Giordano has jumped into the conversation after two great seasons, and represents a safer, more sound option at the back end than a Subban or Burns. 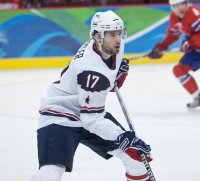 More than a few Sochi holdovers didn’t hear their names called early, but guys like Backes and JVR shouldn’t have much to worry about. The real story is what happens to Kessel. Phil the Thrill had five goals in the 2014 Olympics, but his game has never been what you’d call well-rounded. USA may go younger with a guy like Okposo or Johnson.

There really shouldn’t be a discussion until you get to the final blueline spot, and the fact that Fowler made the 2014 Olympic squad should give him preference over Yandle and company. 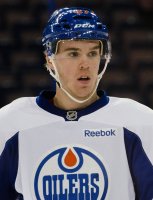 Assembling this team has to be one of the most fun jobs in hockey. But at least a few of the game’s brightest young stars are going to be disappointed. Nugent-Hopkins should have been a lock, but a lengthy injury has put his status somewhat in doubt. Auston Matthews, the only non NHLer in consideration, will have an uphill battle to make the squad.

“Ghost Bear” has come out of nowhere this season to not only set the record for consecutive games with a point by a rookie defenseman, but also become a lock to make this team. The final defense spot could be interesting, especially given Hamilton’s disappointing year for the Flames.