Donald Trump will soon be back on social media — only not on the platforms you remember him from like Twitter or Facebook (he remains banned on those services). No, the ex-President is launching his own service called TRUTH Social and what would you know, you can wager on the launch at several betting sites. In this article, you’ll get our expert advice on the best betting picks for Trump’s new social platform!

Before we get into our free picks, let’s first recap what TRUTH Social even is. A week ago, Trump announced the platform’s launch in a press release that included classic phrases such as “your favorite President has been silenced” and “stand up to the tyranny of big tech.” We all know Trump’s favorite marketing ploy is creating an us-versus-them conflict and here already he’s made the big tech sites public enemy number one.

To fund the new platform, Trump has taken to the equity market. His media group will be going public through a reverse merger. The SPAC completing the merger, dubbed Digital World Acquisition Corp, shot up to as high as $94 (from an initial price of $10) shortly after the announcement. So it’s safe to assume Trump has “secured the bag” to fund this massive project.

TRUTH Social will have a “soft launch” next month, before opening to the masses in 2022. As you’d expect, the platform will be “freer” than traditional social sites, which have been on a censoring spree as of late. In the terms of service, the company outright states it will not be responsible for “the content, accuracy, offensiveness, opinions [or] reliability” of users on the site.

This prop bet is completely on-brand for Trump: who or what will Trump attack first while using the platform? The options range from full-on corporate entities to political rivals. Here are the current political betting odds available:

Honestly, you can talk yourself into several of these bets. Joe Biden would make sense since Trump is almost a lock to run for President in 2024 and he might as well start campaigning on this new site. CNN and New York Times have been long-time rivals for being “fake news” — which an aptly-named site called TRUTH is a direct counter of. However, we’re going in another direction.

Our wager is on Twitter, the current betting front-runner. You saw in the aforementioned press release, Trump has already lashed out against “big tech”, which Twitter is very much a part of alongside Facebook, Google, and Apple. But we think Twitter, above the rest, holds a special place in Trump’s heart. During his run at Presidency, it was his number-one form of communication. We imagine his blood is STILL boiling from their ban on his account, which had close to 90 million followers.

Now, this bet right here is wide — and we mean wide — open. Which word will Trump use as an insult first whilst on the platform? Take your pick at one of the mean words below:

To guide our betting pick here, let’s go back to the first wager on who would be Trump’s first victim. As we predicted, it would be Twitter and the rest of the big tech conglomerates. Would it make sense for Trump to call these companies “loser” or “lightweight”? Well, I suppose he could — this is Trump we’re talking about, after all, and anything goes with him — but they don’t quite roll off the tongue when speaking about a corporation.

A much better and on-point word would be “dishonest” or “weak.” Either one of those two words would make sense to dub Twitter as (e.g. weak Twitter or dishonest Twitter). However, if we had to pick only one to lay a wager on, it would have to be dishonest. Why? The word plays right into the name of the social site, TRUTH.

Look, we can picture Trump’s opening message on the site already. Something to the effect of: “TRUTH Social was created to combat the dishonesty of fake-news social sites like Twitter and Facebook. Unlike those sites, we’re going to stand for freedom and winning!” C’mon, doesn’t that sound like a Trump-ism? We think so, which is why we’re taking dishonest for +500.

How To Bet Politics Online

Betting on politics has really surged in recent years, partly due to Trump being a lightning rod for attention himself. There are wagers available for other political topics such as the looming 2024 Presidential Election and even international races for office beyond the United States. If you want to get action on these bets, then you need to visit one of the betting sites listed below.

These same sites are also offering sign-up bonuses to first-time players. Using these special, one-time bonuses could make you hundreds to thousands of dollars in frer play — no matter if your bets hit or not. Reference the table underneath for details on what offers are currently available. Find the one that suits you most then hit the “play now” button next to it to begin the redemption process. Bonus money can be used to make bets on Trump’s social site or real sports like the NFL, MLB World Series, or another of your liking. 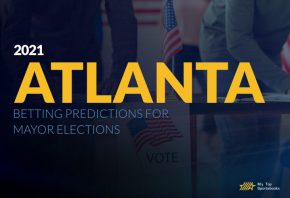 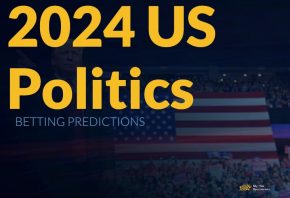 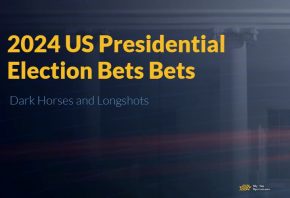 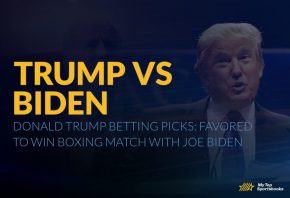