If all the uproar and aggravation that engulfed the Lions tour of South Africa wasn’t enough for you, we are now set for loads more!

This weekend sees the start of the Rugby Championship. Here we bring you all the information you need for the competition. We look at all four competing nations in our 2021 Rugby Championship preview, and we also bring you our expert betting pick on who will win the tournament!

The opening matches of the 2021 tournament on Saturday see New Zealand host Australia at Auckland’s Eden Park. While South Africa will be hosting Argentina at Port Elizabeth.

What is the Rugby Championship?

Since the competition became the Rugby Championship back in 2012, there have been four nations contesting it.

Before that, it was the Tri-Nations, and involved Australia, New Zealand and South Africa.

Now Argentina have been included in the competition, and it has since become known as the Rugby Championship.

In the current era (of four sides) its fair to say New Zealand (All Blacks) have dominated.

The All Blacks have won six of the eight competitions. Australia won it once back in 2015, and South Africa are the most recent winners, back in 2019.

There was no competition in 2020 due to the Covid-19 pandemic.

So with the competition fast approaching, lets look at the prospects of the four sides.

Be sure to check out our best bonuses guide for all the best offers that can be used for rugby betting!

Not surprisingly, the All Blacks are the favorites to win the 2021 Rugby Championship with top sportsbooks.

The Kiwi’s get their campaign under way at home to Australia on Saturday.

A home fixture at Eden Park against the Wallabies is just the ticket for the All Blacks. This match should see them brush off any rustiness, and ensure by the time they have to travel overseas, they are somewhere approaching full speed.

As the odds from top sportsbooks suggest, South Africa (Springboks) look to be the All Blacks’ biggest rivals.

The Springboks have just come through a brutal three match series against the British and Irish Lions, and if nothing else will be well battle hardened.

On the flip side, such an enduring series will have left it’s mark on the squad.

Recovery time is just a week, and it will be hard for South Africa to keep going full pelt for another 10 weeks.

I expect the Boks to push New Zealand all the way, it’s in their nature. But ultimately, I see them falling short.

I’m taking South Africa to finish second in the table!

The Aussies haven’t won a Rugby Championship since back in 2015, and they will be hoping this is the year they finally get back on track.

They will have noted that South Africa have just had a tough series, but an away game at Eden Park first up, ensures that Australia (Wallabies) have their work cut out if they’re not to start the 2021 competition with a defeat.

This is a mammoth game for the Wallabies already. If they can do the unthinkable and pull off a victory, then the championship could be theirs for the taking. Lose heavily, and it could be a long and punishing few weeks.

I can’t see the Wallabies upsetting the favorites, and I expect them to finish third in the table.

Argentina are the team that normally bring up the rear in the Rugby Championship, and yet again they are the outsiders with the sportsbooks.

This really is a brutal competition for Pumas. Going up against the All Blacks, Wallabies and South Africa every year is as hard as it gets.

In the eight years Argentina have taken part in the Rugby Championship, they have finished last seven times.

Odds of +1400 suggests that the odds makers don’t see that getting any better this year, and I have to agree.

I can only see another wooden spoon for the Pumas.

The Bookmakers look to have got it right!

The way top sportsbooks have the four nations priced up is precisely the way I see the competition going.

New Zealand look way too strong, and South Africa look like the best of the rest. It’s almost a given that Argentina will bring up the rear again.

Some key battles in this year’s competition could be the Wallabies pushing South Africa for second place. Or even Argentina trying to not finish bottom.

New Rule for the Players this year

TRC 2021 NEWS 🏉 🏆
Several Law Trials will take place in The Rugby Championship similar to those trialed in Super Rugby… but which ones? Plus the red card variation is also to be implemented…
Details https://t.co/wdOTrexlF4#TRC2021 pic.twitter.com/prMMpHmNtQ

A major rule change has been agreed to by World Rugby for this year’s Rugby Championship.

Previously any played red carded had to leave the field for the rest of the match. Leaving his team down to 14 men.

Under the new rule change, a replacement can now be brought on for a player shown red after 20 minutes.

The player can only be replaced by a player who has already been substituted off, and once all the replacements have been used.

So it could result in some tactical substitutions if a player is sent off early in the match.

This is just one of six rule changes being trialled at this year’s championship.

Don’t forget to check out our rugby betting page for more expert advice and betting offers on upcoming fixtures! 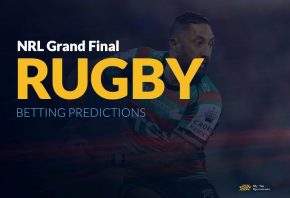 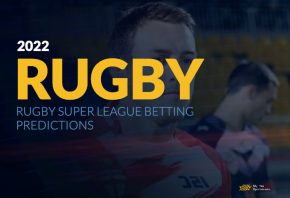 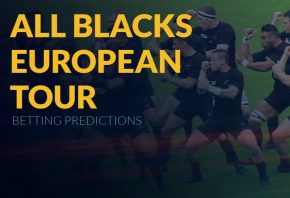 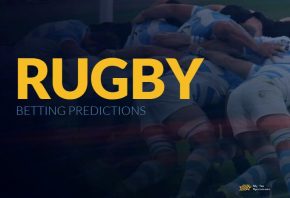