The Gallagher Premiership in England is entering its final weekend of the regular league season. But despite the 4 play-off berths for the Grand Final already being filled, there is still plenty left to play for in the final round of fixtures.

The remaining five fixtures this weekend are –

Bristol, Exeter, Sale, and Harlequins have already qualified for the end-of-season play-offs.

Right at the top of the table, Bristol sits just three points ahead of second-placed Exeter, and the Bears need to win to ensure a first-place finish.

Intriguingly, Exeter hosts Sale on Saturday, in what could be a precursor for a play-off semi-final match between the same two teams, should the table positions remain the same.

The only finishing position in the top 4 that is certain, is that Harlequins will finish fourth.

Here's how things stand in the #GallagherPrem after Round 21 💪

Who are your current favourites for the title? 🏆 pic.twitter.com/OLcPgAGSIM

Topping the Table has additional Benefits

The Chiefs know they have to win their match if they want to have any chance of topping the table. But as well as having the credence of coming first in the regular season, topping the table generally means the more favorable draw in the play-offs for the Grand Final.

This is partly what makes these end-of-season fixtures so intriguing. What also makes them further intriguing, is how the coaches approach their respective matches.

As both Bristol and Exeter are already in the play-offs, their coaches will already have one eye on their respective upcoming play-off matches. This means they might be looking to take some of their star players out of this last round of matches, in order to ensure they are fit for the play-offs.

This can lead to slip-ups and the odd shock result.

Alternatively, the coaches can just treat these matches like all others, and field their strongest sides. This generally leads to the predicted outcome but can come at a cost if the main player gets injured.

The decisions that the coaches of the top 4 teams make going into these final round of fixtures, could ultimately be the difference between winning and losing the play-offs.

Below is a look at the two matches that will decide the top 4 positions, and shape the outcome of the play-offs.

The Bears host London Irish in the final league match of the season, and if the Bears win this one, they top the table no matter what.

In the corresponding match earlier this season, the two sides played out an entertaining 34-34 draw at the Brentford Community Stadium. This was one of only two draws in the whole season (London Irish were involved in both).

In recent matches, the Bears have been a bit stuttering, but 888Sport (you can read our 888Sport Review here) still make them favorites. They have won three out of their last five fixtures, with two defeats coming at the hands of Exeter, and Sale. Not good omens going into the playoffs.

For London Irish, they have had a poor end to the season, losing all of their last five matches. And it’s not just the defeats that are alarming, it’s the manner of them.

The Bears may have had a stuttering form of late, but with London Irish performing even worse, I can only go for a Bristol win in this one.

In the reverse fixture back in February, the Sharks ran out 25-20 winners in a closely fought battle at the AJ Bell Stadium.

Not only will the Chiefs be looking for revenge in this matchup, but they also know they need to win this to have any chance of topping the table. While the Sharks need to win with bonus points if they want to secure the second spot.

Despite the fact that it’s second against third, the best sportsbooks have the Chiefs as huge odds on favorites to win the match.

This is because the Chiefs have had a storming end to the season. Rob Baxter’s side has won their last six matches, including a stonking 74-3 victory over Newcastle.

For the Sharks, form has been just as good. They have also won their last six, including a win over table-topping Bristol Bears.

This hasn’t helped Alex Sanderson’s team in rugby betting though. In the main, this is because Exeter is widely regarded as the strongest team in the Premiership.

The main reasons Exeter is not already home and dry in the league table is down to a stuttering start to the season, and the number of players they lost during the international fixtures.

If the Chiefs don’t rest all their star men, I can see them winning this one at a canter. 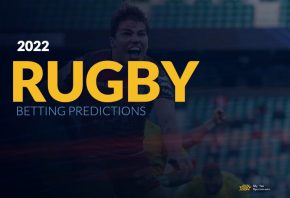 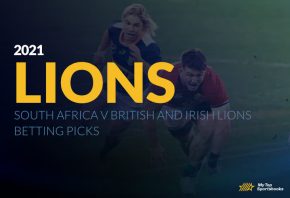 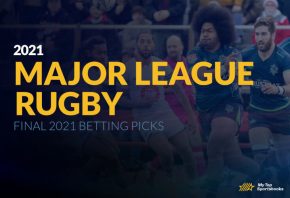 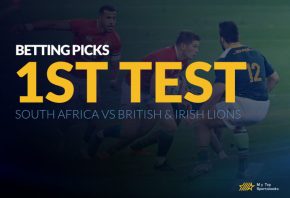