With the World Cup well and truly in the rear-view mirror, it’s time to turn our attention back to club football. The English Premier League returns this weekend to welcome in the 2018-19 season. Manchester United and Leicester City get the ball rolling at Old Trafford on Friday. Then Arsenal and Manchester City clash on Sunday for the first top-six meeting of the season.

Manchester United and Leicester City kick off the 2018-19 English Premier League season this Friday. It’s the 20-time titlists against the 2015-16 winners.

The Foxes finished in ninth place last season and just lost Riyad Mahrez, their most prized player, to Manchester City. There’s also a chance that Leicester defender Harry Maguire will take to the field on Friday in a United jersey.

It’s clear that Leicester are the underdogs for their season opener. But don’t be so quick to write them off. They’re up against a battered and demoralised Man United. The Red Devils have had a terrible pre-season, which has led Mourinho to admit that they’re in for a “difficult season”. The Man United manager is openly feuding with his board and has lampooned his own players during press conferences. And the season hasn’t even started yet! 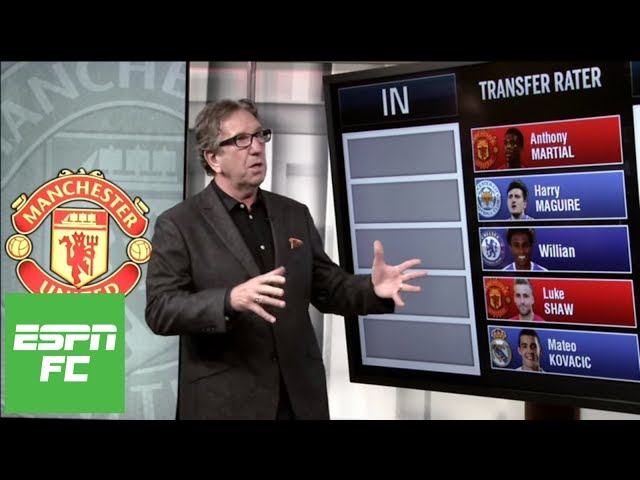 On top of that, Man U could be without ten of their first-team players. Paul Pogba hasn’t returned for training and may be leaving the club anyway. Romelu Lukaku, Marouane Fellaini, Jesse Lingard, and Ashley Young are still recovering from their World Cup campaigns. Eric Bailly and Ander Herrera picked up injuries against Bayern Munich the other day. And Nemanja Matic and Sergio Romero are still suffering from pre-existing injuries.

The Man United board has been pretty frugal this transfer window, so it’s unlikely we’ll see a major signing before match day. Jose Mourinho will have to make do with what he has.

In Mahrez’ place, Leicester have picked up fellow Algerian International Rachid Ghezzal. They’ve also picked up Porto Right Back Ricardo Pereira and the young James Maddison from Norwich City. A club like Leicester can’t afford to make monumental signings, but their recent additions should strengthen the club.

There’s a good chance of an upset here. Morale is low at Manchester United and their squad is racked with injuries. Mourinho-led squads can only go so many seasons before imploding. We may be on the cusp of another meltdown.

Finishing in the top four will be Arsenal’s main goal this season. After parting with their manager of 20 years, it’s going to be a while before the club finds its footing again. An obvious parallel is when Sir Alex Ferguson left Manchester United and the Red Devils tanked for a couple of seasons. However, the difference is that Ferguson left on a high note whereas Wenger left with Arsenal outside of the top four.

Manchester City won the league last season by 19 points, and they’re the heavy favorite to win this season. In fact, anything other than another Premier League title would be considered a disappointment. The addition of Riyad Mahrez has only strengthened the squad, which was already the strongest Premier League side by a pretty wide margin.

I have high hopes for Emery, but returning the Gunners to their former glory is a long term project. There are some serious changes that need to be made, especially on the back-end of the pitch, and the Arsenal doesn’t have a Russian oligarch or Saudi prince to buy them the league.

It’ll be interesting to see how Arsenal evolves under Emery, and this Sunday will give us a taste of what’s to come. But ultimately, I expect Man City to snatch the three points.