For the first time in the history of the tournament, 24 teams will compete for the European Cup in 2016. Spain have taken back-to-back titles, but the other 23 nations will all be trying to put La Roja into an extended siesta when EURO 2016 gets underway on June 10.

A quartet of teams – Albania, Iceland, Northern Ireland, and Wales – are making their first-ever appearance in the tournament. Each of the tiny countries would be happy just to advance to the knockout round. The same can’t be of England and Portugal, two powerhouse nations that are both eager to lift the trophy for the first time.

Neither sits near the top of the odds, though, since the World Cup champs, Germany, are looking much like the team that dominated in Brazil, while host France are littered with talent at all positions.

Let’s have a look at the 2016 Euro Future Odds to win the title:

Germany 3/1: The current world champions haven’t won the European title since 1996, but no team is better suited to lift the cup than the Germans.  They have a generation of players that take care of the ball, play as a team, and can’t be stopped when they’re in rhythm.

Despite their World Cup success in Brazil, Germany are hungry to stay on top. They play the best attacking soccer of the 24 participants. They are by far the best side to bet on at this early stage, despite their short odds.

France 10/3: Just like Germany, France have a young team filled with talent. The one big difference is that France hasn’t proved they can play their best in the major tournaments.

The last time France hosted a major international tournament, though, they ended up winning the World Cup (1998).  Will home-cooking prove the difference-maker again?

Spain 5/1: It’s not easy to do what the Spanish have done over the last eight years.  Two European Championships along a World Cup title cemented the last decade as the golden era in Spain’s soccer history.

This, however, is a new generation of players. Spain were the biggest disappointment at the World Cup, getting eliminated in the group stage. They can prove that was just a fluke with an unprecedented third straight Euro title.

England 8/1: It’s hard to believe the English have never won this title. Yet, their current generation gives plenty of hope to the non-believers. The team went a perfect 10-0 during qualification, scoring 31 goals and conceding just three.

James Vardy might be the most polarizing figure England has seen over the last decade. If he plays as well for his country as he’s played for his club (Leicester City), England could challenge the top trio.

Belgium 11/1: The only thing separating Belgium from the rest of the contenders is their name.  The Belgians haven’t put their mark on the biggest tournaments, and doubts will continue to linger until they do.

The team is loaded with playmakers in all lines.  But believing in Belgium will be a lot easier when you finally see them put it all together in crunch time. 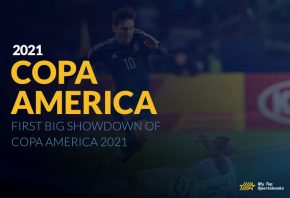 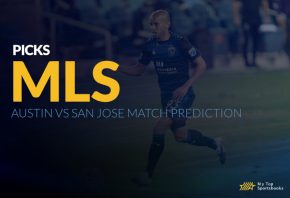 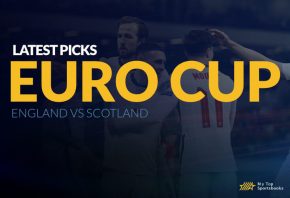 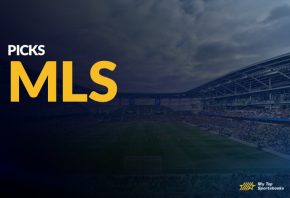