After 19 fixtures of Championship football, we’re beginning to see the cream rise to the top. Wolverhampton Wanderers have been the standout performers of the English second tier so far, but the title race is far from over. Cardiff City and Sheffield United sit in second and third, and both have already landed wins over the Wolves.

So where does that leave the favorites to win the 2017-18 Championship title? Let’s take a look, and remember, the top two finishers — along with the winner of the Championship playoffs — will earn promotion to the Premier League next season.

Wolverhampton went all out over the summer building a squad that would take them to the Premier League, and they’re on track to do just that. Spending north of €22 million over the summer, the Wanderers managed to pick up players like Rúben Neves and Willy Boly from Porto, Diogo Jota from Atletico Madrid, and Alfred N’Diaye from Villarreal — all great players who would do well in the English top flight.

Their five-game winning streak has them four points clear of the league after 19 fixtures, which acts as a comfortable buffer but is hardly an insurmountable lead.

Cardiff are riding a three-game winning streak and if it weren’t for their losses to the mid-table Preston and relegation-threatened Birmingham, they would be leading the Championship. They have, strangely, had better results against the top teams, beating Sheffield United (2-0), Aston Villa (3-0), and even Wolverhampton (2-1).

If they can tighten up their game against mid and bottom-table clubs and make sure to snatch the easy points, they’ll stay in the mix for the Championship title.

Like Cardiff, Sheffield United have already landed a win over Wolverhampton this season, winning 2-0 against a 10-man Wolves side. Their 12 wins are tied with Cardiff, but their six losses are a concern and the reason they’re currently seven points from the top. It’s a manageable gap, but Sheffield United haven’t demonstrated the consistency needed to win the title.

Aston Villa have won their last three matches and have only lost one of their last seven. But that’s still not enough to make up for a disastrous start to the season, which saw them win just one of their first seven fixtures. Fighting a nine-point deficit, Villa will need to finish the rest of the season nearly perfect in order to win the title. The ailing club could find itself back in the Premier League by next season, but their chances of winning the Championship are slim.

The Rams are more-or-less out of contention for the title. Realistically, the most they can hope for is a spot in the promotion play-off. For a club that has been trapped in the Championship for almost a decade, that means a helluva lot. With Middlesbrough, Leeds, and Ipswich Town breathing down their neck, they’ll face some serious challenges in the second half of the season. 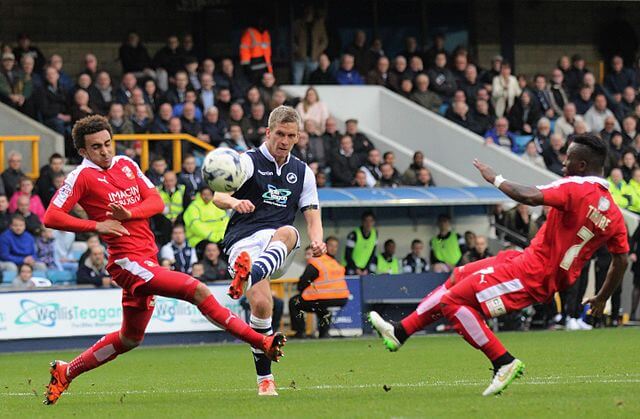 The Wolves are clearly a notch above the rest of the Championship right now, but placing them at 1/4 odds to win the Championship when they’re only four points clear of the league is far too optimistic. There’s still half a season to go and a string of injuries or a dip in form could completely derail the Wolves’ campaign.

Cardiff is the side most likely to overtake Wolverhampton and they’ve demonstrated their form in recent weeks with three consecutive wins. They’ve conceded the fewest goals in the league, and if it weren’t for a few sloppy losses, they would be neck-and-neck with Wolves.