A month ago, we brought you the latest odds for the 2018 World Cup.

On Saturday, giant turtle Sepp Bladder announced the draw for the tournament qualification. (For the record, the tournament is still scheduled to take place in Russia.)

The most interesting qualifiers, as usual, will be in Europe, which is home to 22 of the top 30 teams in the FIFA rankings, yet only gets 13 slots in the World Cup. The 52 teams are sorted into nine groups for round-robin play. The group winners all qualify automatically while eight of nine second-place teams move on to a playoff for the last four spots.

With so many strong teams on one continent, some were bound to get screwed by the draw. It happens every year, and it’s unavoidable.

Who are this year’s most deserving complainants? The Netherlands, France, and Sweden find themselves in a very group-of-deathy Group A. Due to the format, at least one of those teams won’t even survive to the second-round of qualification.

Other teams, however, lucked out and you can pretty much pencil into the tourney already. The biggest winner on Saturday was probably England. The Three Lions find themselves grouped with a quintet of long-shots in Slovakia, Scotland, Slovenia, Lithuania, and Malta. They’ll be massive favorites to take first and qualify automatically.

Below, take a look at the groupings for the UEFA qualifiers, followed by the new 2018 World Cup futures.

(Photo credit: Kremlin.ru [CC BY 3.0 (http://creativecommons.org/licenses/by/3.0)], via Wikimedia Commons. Photo has been cropped.) 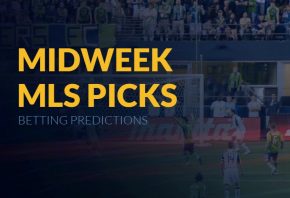