The first leg of the Round of 16 is just around the corner and we’ve got some mouth-watering matchups to look forward to. Spurs travel to face Italian champions Juventus; Real Madrid defend the cup against a star-studded PSG; and Chelsea host an in-form Barcelona. Bovada has the odds and we’ve got the picks. [Is Bovada the right sportsbook for you? Learn the advantages and drawbacks of the site.]

Picking Juve to lose at Juventus Stadium is always a risky bet, especially when they’re up against a side with a reputation for underperforming against top European clubs. Spurs are understandably the underdogs for the first leg of the Round of 16, though there are a few reasons for them to be hopeful.

Blaise Matuidi has been ruled out of the upcoming clash and both Juan Cuadrado and Paulo Dybala are also unlikely to recover in time, potentially sidelining three key players in the Juve lineup. Dybala is the club’s leading scorer and his absence would obviously be an issue. Same goes for Cuadrado, who is one of the most versatile players in the sport right now. But it’s the loss of Matuidi that could prove most problematic. The French international is the glue holding the Juve system together. He’s not necessarily the first player that springs to mind when you think of Juventus, but he plays an absolutely crucial role.

Spurs outperformed both Borussia Dortmund and Real Madrid to finish at the top of their Champions League group, only to be paired against Juventus for the first round of the knockout stage. The clash against Juve comes just three days after they play their North London rivals, Arsenal, leaving very little time to rest.

At their best, Tottenham can hold their own against any club in the world. They already defeated defending champs Real Madrid in the group stage. Against an injury-stricken Juventus, Spurs at +325 is enticing.

At this rate, they’ll be lucky to make it past the Round of 16. They’re currently fourth in La Liga, qualified second in their Champions League group, and have already been eliminated from the Copa del Rey. Nothing is working out for Los Blancos this season.

The La Liga title is out of reach and the most they can hope for is a top-four finish. Another UCL trophy is the only thing that can save this dismal season, so it’s Champions League or bust for Zinedine Zidane.

PSG have been mopping the floor with Ligue 1, as expected. Winning the domestic title is less of an accomplishment and more of an expectation for the French mega-club. The true measure of their success will be their Champions League performance.

It’s hard to gauge just how good Paris are at the moment. Watching them wreak havoc against French clubs is entertaining, but it doesn’t say much about how they stack up against the top European sides. We can look to their group-stage games against Bayern Munich (one win, one loss), but that’s only two matches. The truth is, we just don’t know how PSG – whose Qatari owners have poured an unfathomable amount of cash into the club – will fare against top-tier competition.

That said, there’s never been a better time to face the Madridistas, and PSG have a great shot at eliminating the ailing champs. 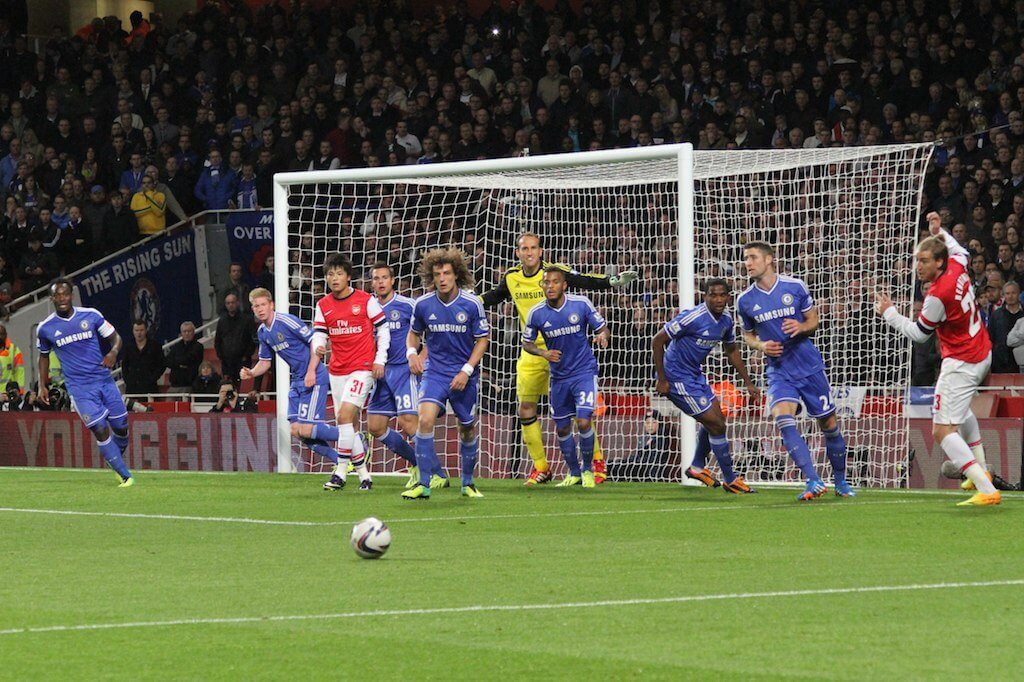 By the time Chelsea host Barcelona for the first leg of the Round of 16, Antonio Conte could be out of a job. Interestingly, Luis Enrique, the former Barca manager, is rumoured to be the frontrunner for the Chelsea gig. The rumors reached a fever pitch following Chelsea’s shocking 4-1 loss to Watford on Monday, Feb. 5.

Fortunately, the Blues have a bit of time to find their footing before taking on the Spanish title favorites. Regardless of whether Conte stays or goes, some serious changes need to be made in order for Chelsea to remain competitive in the Champions League. They’re riding a two-game losing streak in the Premier League and only have one win in their last five league matches.

Barcelona are currently nine points clear in La Liga and have yet to lose a league match this season. Especially now with Philippe Coutinho on-board and Ousmane Dembélé potentially returning for the Round of 16, it’s going to be extremely difficult for any team to fend off the Spanish giants.

With all the turmoil surrounding Chelsea at the moment, I’m not at all hopeful about their chances against Barcelona, even at Stamford Bridge.