Qualification from the Europa League Group Stage is still to be determined and with two rounds to go before the tournament goes into winter hibernation, we bring you the best Futures betting picks.

The Europa League betting is often volatile at this stage, and there is a wide divergence of opinion among bettors and sportsbooks. Fans checking out the current Europa League odds on the best online sportsbooks will find plenty of variance between the books, with Napoli and West Ham regarded as the favorites, but bettors undecided about the chances of Lazio, Leicester, Bayer Leverkusen, and Lyon.

Who Will Win the Europa League?

The biggest issue facing bettors studying the Europa League markets is that we don’t yet know all of the contenders. Eight teams from the Champions League will drop into the Europa League ahead of the knock-out rounds, which makes picking a winner at this stage quite tricky.

English and Spanish clubs have dominated the competition in recent years and so it isn’t a surprise to find Leicester and West Ham prominent in the Outright Futures market, although Leicester are completely out of form at the moment and their odds have been drifting for some time.

Neither Real Sociedad nor Real Betis have captured the imagination of bettors so far and so attention has focused on the two Italian competitors, Napoli and Lazio, with current Serie A leaders Napoli attracting most support. There is little value left in their odds, however, and the wisest strategy at this stage is to wait and see which teams drop down from the other competition.

Can Real Sociedad Win Group B?

While it is best to be cautious in the Outright Winner’s market, there are opportunities to be found in the various Group Winner markets, including in Group B.

Real Sociedad’s chances of progressing as Group Winners hinges largely on their next game away against leaders Monaco. The French side have a two-point gap but victory in France would put Sociedad in a strong position to win the section, given that their last game of the Group is at home to PSV.

The Spanish side, who have made a strong start to their domestic campaign, are likely to be outsiders ahead of this game, but their performances on the road so far this season make them dangerous. In fact, in eight games as the away team in the Europa League and La Liga, Sociedad have won five and drawn three, and they will be confident that they can get the result they need.

It’s also interesting to note that Sociedad are a shorter price than Monaco in the Tournament Winners’ market, yet a bigger price to win Group B. At these odds, they are worth supporting to top their Group.

Napoli the Wager to Take Group

Napoli have been carrying all before them in Italy as they lead the rest at the top of Serie A and although they only have a narrow lead over Legia Warsaw and Leicester in Group C of the Europa League, they look like a strong bet to clinch the Group.

Leicester are in third place and at the start of this tournament were one of the tournament favorites, but their form has been dreadful in recent weeks. They’ve dropped out of contention in the Premier League and are not certain to get anything out of their next Europa game at home to Legia.

Napoli will certainly be confident of beating the Foxes when they host them in the final Group game. Before then, they have a trip to Russia to take on Spartak Moscow, but as they showed in their 4-1 victory in Warsaw, they have no problem translating their strong home form into road performances, so they look a solid wager to get the job done and top Group C.

The other Italian contender, Lazio, is locked in a three-way struggle in Group E. Turkish side Galatasaray are in control of the section, leading by three points from the Italians, who are in turn a point ahead of Marseille. But while Galatasaray are the favorites at this stage, Maurizio Sarri’s team can still prevail.

The key for Lazio will be to match or better the Group leaders in their fifth round of games, when Galatasaray are at home to Marseille and Lazio travel to take on Lokomotiv Moscow.

If they can stay in touch, then the Italians will have the chance to clinch the Group when they host Galatasaray in the final round of games. Both phases of that two-step plan look plausible and at much bigger odds than the Group leaders, Lazio represent the best value in this section.

Check out the best soccer betting sites below. You can get the best Europa League odds and the best value when you bet on soccer through these betting partners. 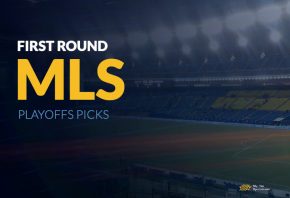 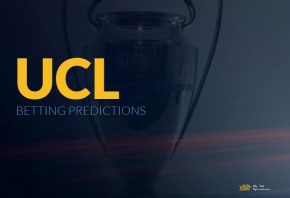