The World Cup qualifiers gave us a nice week of thrills and spills. Now it’s time to refocus our attention on the domestic leagues. La Liga remains in a state of chaos after seven rounds, with Real Madrid off to a disastrous start, sitting fifth, and Barcelona starting to pull away, holding a five-point lead over the league.

There are a handful of important games this weekend so let’s get straight to it. Here are the top picks for the eighth round of the 2017-18 La Liga season. 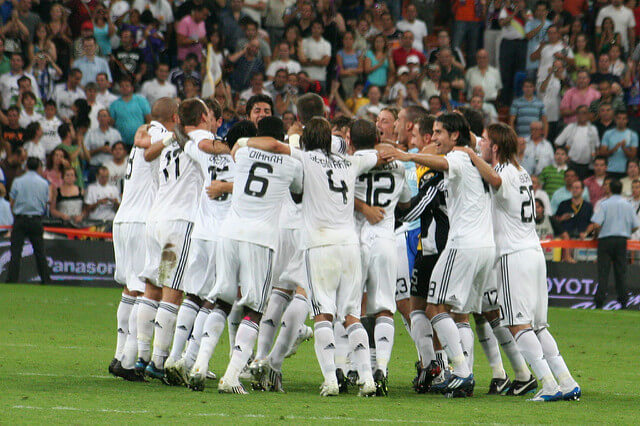 After seven La Liga fixtures, both Atlético Madrid (4-3-0, 15 points) and Barcelona (7-0-0, 21 points) remain undefeated. But while Barcelona opened the season with seven straight wins, Atlético have fumbled their way through a handful of draws.

Not only have Barca won all their league games, they’ve done so with ease, beating their last three Spanish opponents — Eibar (6-1),  Girona (3-0), and Las Palmas (3-0) — by a combined 12-1. The overmatched opponents never stood a chance, and surprisingly, neither did Italian champs Juventus, who collapsed against Barcelona in the Champions League (3-0).

Atlético should do quite well this season (especially after Diego Costa is cleared to start for them in January), but they’re still a few notches below Barcelona.

Despite being winless in their last four La Liga fixtures, Athletic Bilbao (2-2-3, 8 points) are the favorites heading into their match against second-placed Sevilla (5-1-1, 16 points). That doesn’t quite add up.

Athletic Bilbao will host Sevilla on Saturday (October 14th) but home-field advantage hasn’t served them too well this season. They recently lost a Europa group-stage game to Ukrainian side FC Zorya at San Mamés and have only won one of their three La Liga home games so far.

Sevilla have had a strong start to the season, both in La Liga and the Champions League, where they lead Group E after two fixtures, thanks to a 3-0 home win over Maribor and a 2-2 against Liverpool at Anfield.

They’re not the most entertaining side to watch. They’ve scored far fewer goals than the rest of the Spanish top six and they can be a little hesitant to take risks. But you can’t deny their results. When they establish a lead, they tend to hold onto it. At +200, there’s great value in the away side.

Both Real Betis (4-1-2, 13 points) and Valencia (4-3-0, 15 points) should be pretty happy with the way the season has unfolded so far. Valencia drew against two Spanish giants, Real Madrid (2-2) and Atletico Madrid (0-0), while Real Betis did one better and landed a shock win against Los Blancos.

After mediocre 2016-17 seasons, neither side is burdened with mid-week games in European competitions. They can focus all their attention on La Liga. Real Betis is an exciting side to watch but they concede like crazy. Valencia are the more reliable team and, when it comes to two evenly matched teams, I’m inclined to pick the safer option.

Italian Serie A Futures: Inter Will Not be Caught in Serie A
View More
Top Sportsbooks