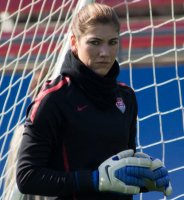 Four painfully, agonizingly, excruciatingly long years: that’s how long the US Women’s National Team has waited to avenge their 2011 World Cup finals loss to Japan. Today, the Americans will get their chance as the US and Japan are set for a rematch in the 2015 final (7:00 PM Eastern at BC Place Stadium in Vancouver, Canada).

The teams took similar routes to the final. Each won their group and Round of 16 matchups with relative ease, but were pushed hard in the quarterfinals. For the US, China took them to the brink and they needed a 51st-minute goal from Carli Lloyd to escape with a 1-0 win and move on to the semis. Meanwhile, Japan waited nearly 40 minutes longer to seal the deal against Australia, getting a marker from Mana Iwabuchi in the 87th minute to squeak past Australia 1-0.

In the semis, the teams could not have looked more different, however. The US played their best match of the tournament, knocking off the co-favorites Germany 2-0, allowing just one shot on net in the process.

Japan earned a 2-1 win over England, but were extremely fortunate to do so, getting the game-winner on a fluke own-goal. The English side looked more aggressive for most of the game and are plain unlucky not to be playing in today’s final.

The disparate performances in the semifinal – couple with the USA’s historical dominance of women’s soccer – have the USWNT sitting as heavy favorites heading into today’s match. While they haven’t scored at the same clip as the 2011 World Cup, averaging just 1.5 goals per game through six contests, their defense has been impeccable; the Americans have surrendered just one goal and that came in their tournament opener, a 3-1 win over Australia. Since then, it’s been five straight clean sheets for keeper Hope Solo.

Japan also surrendered just one goal in group play, but have given up two more in the knockout stage: one to the Netherlands in the Round of 16, and one to England in the semis.

While Japan will likely play a very passive style and hope to reach penalties (just like in 2011), look for the knockout stage trends to continue today; the still potent American offense will prove too much for the Japanese defenders, while the US backline continues to shut down each and every opponent that comes its way. 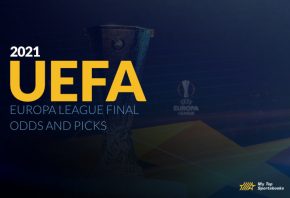