The first tennis major of the year, the Australian Open, went roughly as one might have expected. Two of the big three, Rafael Nadal and Novak Djokovic, played for the men’s title with pre-tournament favorite Djokovic winning rather easily.

On the women’s side, with no clear-cut number one player, second choice Naomi Osaka got by the 11th choice in the future prices, Petra Kvitova, to claim the trophy.

And that leads to major number two, the French Open.

At Roland Garros, Nadal is a big favorite, as he should be since he is the greatest clay-court player of all time. Djokovic is well supported. Roger Federer claims he is going to play for the first time since 2015. He usually skips Paris in order to rest for Wimbledon. Everybody else is a longshot.

For the ladies, 15 players are priced at less than 20/1. Whether you like clay-court pedigree, who’s hot right now, or the best overall player, you will find a price to get excited about.

Let’s look at the early odds for this year’s French Open at Bovada. Locking in a bet now could be valuable down the line.

There are really three questions to ask about the men’s side of the French Open.

1) Can anyone beat Nadal?

2) If Nadal loses, can anyone besides Djokovic claim the title?

3) Is there a big price worth considering?

The answer to question one is yes, of course. Twice in the last four years, Nadal has left without the title. At -115, he needs to win over 54% of the time to make it a worthwhile wager.

When you factor in the risk of injury between now and then, and the inconvenience of tying up your money, he needs to win 6/10 to make it a good bet.

Since Nadal has won 11 of the last 14, there is an argument to be made that he is a wise play. 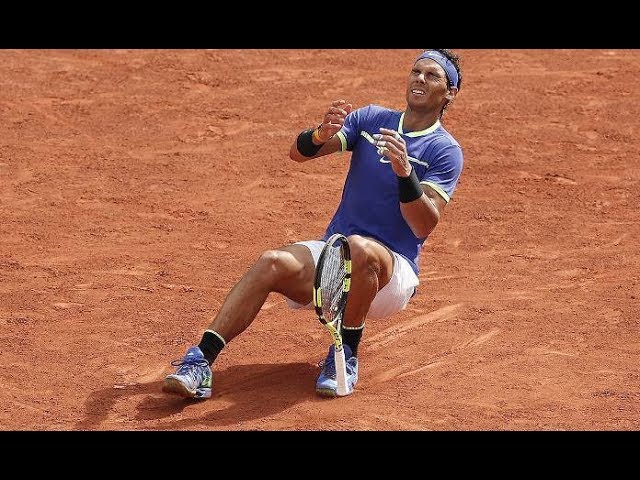 While thinking long and hard about Nadal is advised, we can’t take the short price on Djokovic. Sure, he has reached the finals four times in Paris and won one title, but he failed to make the semis the last two years, and this simply is not what he does best. Of course he can win – Djokovic is an all time great who’s playing well – but 2/1 is too short.

Now for the upset-hunters. We fully recognize this might be throwing away cash, but when has Federer ever been over 30/1 at anything? It is not like he is coming just to show up, and he has won a title at Roland Garros and been to four other finals.

His chance of winning probably coincides with Nadal getting hurt or playing a C- match at some point, but the price is too high.

Over the last five years, Halep has been the top French Open player, winning once and reaching two more finals. This is the only major she has ever won, and she is a deserving favorite.

While Ostapenko beat Halep in three sets at the 2017 finals, it is the only major final she has ever been in, and she hasn’t played well enough recently to inspire confidence.

Muguruza is a two-time major champ including the French Open in 2017. She is pretty strong on clay, reaching the fourth round two years ago, and the semis last year.

Williams is now 37 years old and 17 years removed from the first of three French Open titles in her career. She won in 2013 and 2015 too. This the weakest of her surfaces, but the price is fair for the greatest player of all time.

A winner of the last two major tournaments, Naomi Osaka is making people wonder whether Serena is still the top player in the world. She has a 4-3 career mark at the French Open, but is playing the best tennis among all entrants.

How to bet the Australian Open

It feels like a total cop out to pick Federer and Williams. However, both have square prices and nobody wants to play either. Nadal is far and away the most likely champion on the men’s side, and his price is reasonable too.

Two Best Players To Bet On At ATP Basel Tourney