It’s been a weird fortnight at SW19, at least in the men’s draw, with top players being upset and a final nobody expected. Swiss superstar and seven-time Wimbledon champion Roger Federer will square off against Croatian Marin Cilic, who is currently ranked 6th in the world and playing some fantastic tennis.

Cilic’s road to the final has been an absolute dream: he’s defeated Philipp Kohlschreiber, Florian Mayer, Steve Johnson, Roberto Bautista-Agut, Gilles Muller, and Sam Querrey. Of those, only Muller and Bautista-Agut rank inside the top 20 and none rank inside the top ten. This is not to say that Cilic doesn’t deserve his slot in the final, but that he was probably quite happy when Muller defeated Rafael Nadal and Querrey dispatched defending champion Andy Murray. Muller softened up in the fifth set of his quarterfinal match with Cilic, for example, in a way that only someone who recently spent five hours playing tennis with Rafael Nadal can be excused for.

Federer’s path to the final has been less charmed. After Alexandr Dolgopolov retired and Dusan Lajovic cratered in straight sets, Federer played German star Mischa Zverev, perpetual up-and-comer and Federer clone Grigor Dimitrov, Canadian serving monster Milos Raonic, and world #15 Tomas Berdych, beating all of them without dropping a set. Rankings wise, this represents much stiffer competition, as Dimitrov, Berdych, and Raonic are all within the top fifteen, and Raonic is comfortably inside the top ten.

I don’t have to tell you about Federer’s prowess at Wimbledon, but I will point out that the 35-year-old has reinvented his game to accommodate a slight drop in foot speed and stamina. His placement on serves this tournament has been crucial; despite not having the biggest serve on tour, he’s able to summon aces in crucial situations, almost at will. His groundstrokes are about as good as they’ve ever been (though his backhand isn’t quite as deadly as it was in Australia) and he’s playing crafty, high-IQ tennis, a game that works around his strengths and weaknesses.

Federer and Cilic have met seven times in their careers, including once on grass. Federer has typically dominated these matches, winning six, including three in straight sets. When the two played at Wimbledon in 2016, Cilic got out to an early lead, winning the first two sets, but then watched that lead evaporate, as Federer won the third set 6-3, the fourth set in a dramatic tiebreaker, and the fifth, again, 6-3. Cilic’s lone win came at the 2014 US Open, when the Croatian defeated Federer in the semifinals (6-3, 6-4, 6-4) on his way to his first grand slam title. Performance in slam finals is simply not comparable. Marin Cilic has won one, the 2014 US Open, and has not made another. Federer has won 18 of 28, losing only to Rafael Nadal, Novak Djokovic, and Juan Martin del Potro.

This is not to say that this match is going to be a formality. Cilic is playing incredible tennis, and his flat, hard groundstrokes and prototypical power-baseline game match up well with the demands of grass. Cilic’s semifinal match against Querrey was a fun display of shotmaking, with Cilic playing acute angles to Querrey, who in turn moved well, did a great impression of someone much shorter than him, and played with a touch and creativity we haven’t seen from the American.

Federer’s the favorite. We’ve known that since after the quarterfinals. Of the other three to make the semis, however, Cilic was (and is) the player with the best chance to stop Federer from making history again. The betting lines on Federer (-600) are silly, the tennis world loves opening its wallet for the king. There will be value to be had betting on Cilic. 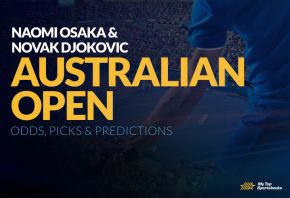